Andy Rubin’s company, Essential, has “something big coming” on May 30th [UPDATED]

Back in March, we learned that the father of Android, Andy Rubin, was working on an all-new smartphone thanks to a little teaser that was sent out. The teaser showed a hand holding a phone with a bezel-less design, but didn’t give us any more information on the matter.

Hi, welcome to our Twitter page. We're here to let you know something big is coming May 30th! Stay tuned…

However, that has changed as Rubin has teased an announcement that is coming from his new company, Essential, on May 30th. The tweet doesn’t say anything important other than to stay tuned for the announcement, but we would hedge our bets on this smartphone being introduced.

As for what the device could offer, it would be tough for Rubin/Essential to come out of the gates with a device that is priced in the flagship category. However, if the company went the OnePlus route and tried to create a “flagship killer” device, then we could be in for some fun.

The bezel-less design also doesn’t come as a huge surprise, as we’ve seen the likes of Samsung, LG, and Xiaomi offer devices which give the users more screen real-estate. Other than that, we really don’t know what to expect here, so we’ll leave it to you to do the guessing.

UPDATE: We have an idea as to what we’ll be seeing on May 30

After the above tweet was shared, Essential decided to give us another teaser for what would be announced on May 30th. The shape looks a bit odd, but after some in-depth investigation, we have a pretty good idea as to what Essential will be showing off.

We heard you @renan_batista – here's something to hold you over until next week: pic.twitter.com/QSIeXyjKNq

Thanks to the investigation work from our own Chris Chavez, here’s a slightly edited version of the above image, and we’ll leave you to figure out what it is. 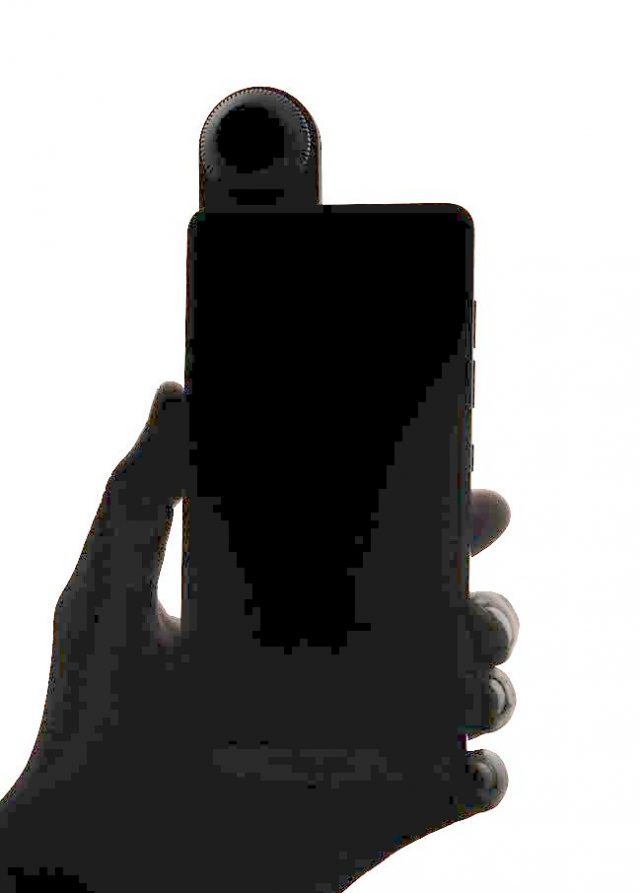 Yep. We’d put our money on the device including a 360-degree camera attached to it. Although, we are interested to see how this will be implemented and what phone the camera is being attached to.

Let us know in the comments below what you think this device from Essential could be, and if it could be the biggest surprise of 2017 so far. I’m putting my money on the fact that this thing runs close to stock Android, but who knows what will happen.