When a new smartphone is released, we always want to know how the camera will perform. Usually you can turn to reviews, but if those reviews aren’t out just yet, the folks at DxOMark pick up the slack for everyone. This time around, we’re getting a look at the new Huawei P10, which was announced at MWC 2017.

The device received a rating of 87 out of 100, placing in the same category as devices such as the Moto Z Force Droid, and Galaxy S6 Edge Plus. This is some pretty impressive territory, as it scores higher than even the iPhone 7, but falls a bit short of devices such as the HTC 10 and Pixel.

In its official review, DxOMark shared some pros and cons to the camera while either taking pictures or shooting video. In terms of taking pictures, the device offers “good exposure even in extreme low light”, while also providing an “accurate and repeatable autofocus”. The cons for taking images include a “slight color shading noticeable in low-light conditions” and “in outdoor shots, details are sometimes lost in darker parts”. 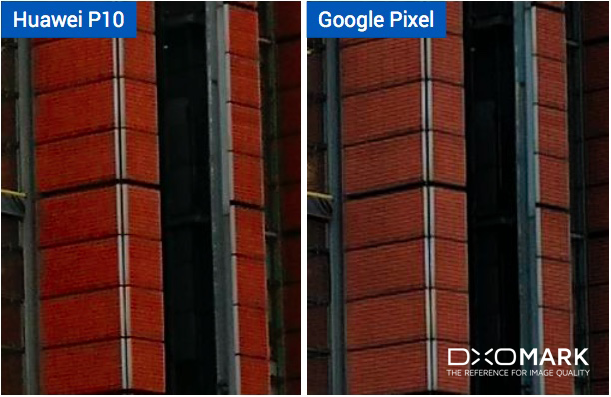 As for the video-shooting capabilities, DxOMark stated that the P10 provides “good target exposures and dynamic range” while also providing “excellent detail preservation”. The cons include “visible ‘jello’ effect during walking movements in outdoor conditions” and “strong luminance noise visible in all conditions”.

The cons definitely aren’t deal-breakers, so if you were looking to pick up the P10 as your primary device, you’ll still likely to be very happy. Let us know what you think about DxOMark’s findings and if you’ll be snagging a P10 for yourself.