The Tomb Raider reboot is a stunning accomplishment that has rejuvenated the award-winning adventure series starring Lara Croft. Featuring vastly improved gameplay and a deep upgrade system, the game is now available to download on NVIDIA SHIELD TV. It also offers a compelling storyline that gives gamers a glimpse into Lara’s transformation from an innocent academic into a brave heroine. Tomb Raider proves to be a technically superior Android game, too, pushing the boundaries of the powerful SHIELD hardware with its visual prowess.

The launch of Tomb Raider on NVIDIA Shield TV highlights the immense power of SHIELD TV and its ability to handle the latest games. It’s also a testament to the talent at Lightspeed Studios, the team responsible for bringing multiple hits to SHIELD including Half-Life 2, Metal Gear Rising, Resident Evil 5 and the Borderlands series. That experience came in handy when it was time to work on Lara Croft’s return.

“Bringing previous titles to the SHIELD platform has given our team insight into how best we can push the limits of our own platform,” says Blair Yakimovich, Project Manager at Lightspeed Studios. “Each game we optimize for SHIELD gives the team valuable experience which we can bring to the next project.” 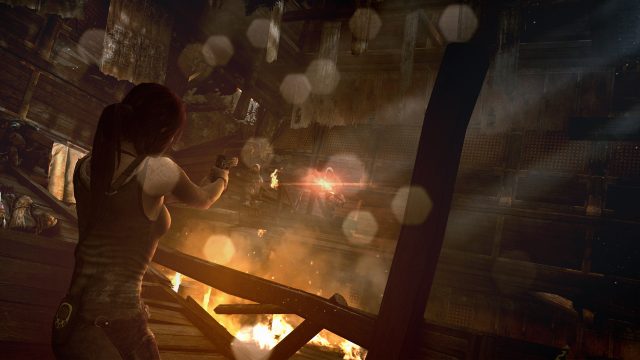 The team’s skill is readily on display with Tomb Raider. The SHIELD version jumps off the screen with gorgeous graphics, impressive detail, and smooth framerates. How was the team able to retain the game’s next-gen graphics? By employing a lot of technical know-how.

The result is a great Tomb Raider experience. But bringing a game like Tomb Raider to SHIELD was no easy feat. 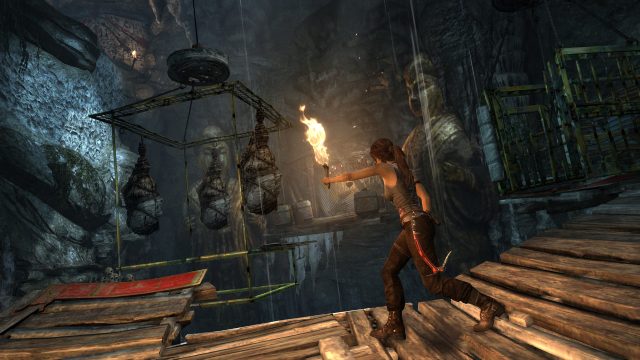 “There are several challenges faced when bringing a AAA game from PC/console to a new device,” Yakimovich admits. “For example, PC games are designed to run on an x86-based processor, but on the SHIELD, our developers have to optimize the game to run on an ARM-based chip.”

Bringing Lara Croft’s epic adventure to a whole new audience of gamers on SHIELD was a rewarding experience for the team at Lightspeed Studios.

“We are ecstatic that Android devices like SHIELD TV can bring top-notch, next-gen gaming experiences to a wider audience,” Yakimovich says. “With its ever-increasing catalogue of games, SHIELD TV is an enticing solution for Android gamers who have an appetite for AAA content.” 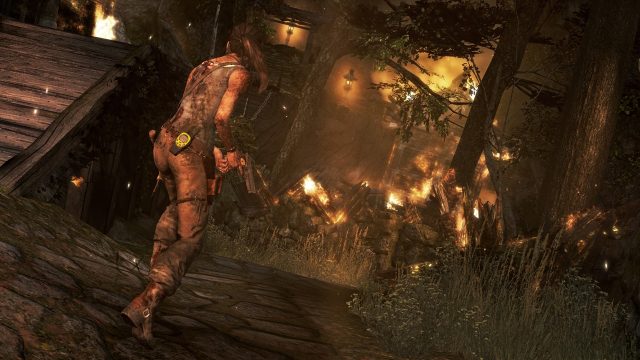 Tomb Raider is now available to download on SHIELD TV for $14.99, which is 25 percent off the game’s regular full price on Steam. Don’t own a SHIELD TV yet? Go here to add NVIDIA’s powerful and versatile entertainment platform to your life.