Marvel Heroes 2016 is an action-RPG MMO that lets players embark on a superpowered adventure set in the Marvel universe. Taking control of some of the most iconic heroes ever created, players tackle tough missions, gain valuable skills and become a mighty force for justice.

Best of all, GeForce NOW members can now stream Marvel Heroes 2016 for free on NVIDIA SHIELD. Here’s why you don’t want to miss out on any of the action on SHIELD.

Marvel Heroes 2016 is a free-to-play title that GeForce NOW members can stream at no additional cost. It offers a full-fledged experience regardless of whether you choose to invest in the game’s store, so you can bring villains to justice even if you’re on a budget. If you are in the mood to do some shopping, the store offers heroes, skins, items, and bundles that bring variety to your experience. 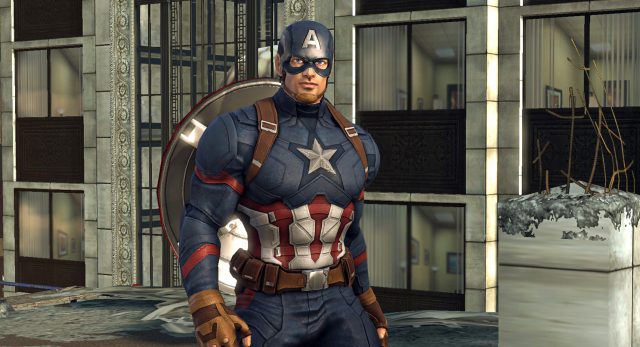 Iron Man, Wolverine, Captain America, Spider-man: The list of iconic characters you can play as in Marvel Heroes 2016 stretches longer than Mr. Fantastic’s arms. From triple-A stars like Iron Man to lesser known but still awesome heroes like Squirrel Girl, Marvel Heroes 2016 features an impressive roster. You can also play as villains such as Dr. Doom and Venom if you’re feeling mischevious.

Jump in and Instantly Enjoy

Marvel Heroes 2016 is one of those games that you’ll immediately feel comfortable playing. The controls, combat, and story are all designed to get you right into the action. The game features a meaty RPG experience that has all the trappings of the best games the genre has produced. Complex skill trees, tons of loot and a deep crafting system top the list, but it all remains incredibly accessible. It’s so welcoming that younger gamers should be able to grasp the game’s mechanics as well, making this a great title for families to play together. 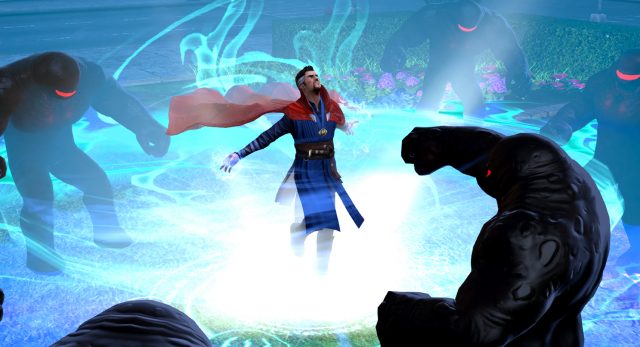 Its Multiplayer is Massive

One of the best aspects of Marvel Heroes 2016 is that it’s an MMO. This means you’ll encounter tons of other players on your journey to greatness, which makes Marvel Heroes 2016 feel like a superhero movie come to life. It’s incredibly thrilling to suddenly find yourself in an epic battle with other heroes, especially when everyone unleashes their special abilities.

The community is also very helpful and will offer advice and tips if you politely ask in the in-game chat. Marvel Heroes 2016 is also the first online multiplayer game available on GeForce NOW.

The Marvel universe is on fire right now. Their big budget movies are conquering box offices, their serialized shows like Daredevil are keeping fans glued to their couches, and their comic books are showcasing amazing storylines that are literal page-turners.

The Marvel Heroes 2016 developers have wisely tapped into that deep pool of creative magic, producing content updates and in-game events that keep the game feeling fresh and new. For instance, they recently added content based on the recent blockbuster, Dr. Strange. Getting to watch a hit Marvel movie on the big screen then playing related content in Marvel Heroes 2016 through GeForce NOW is a comic book fan’s dream come true. 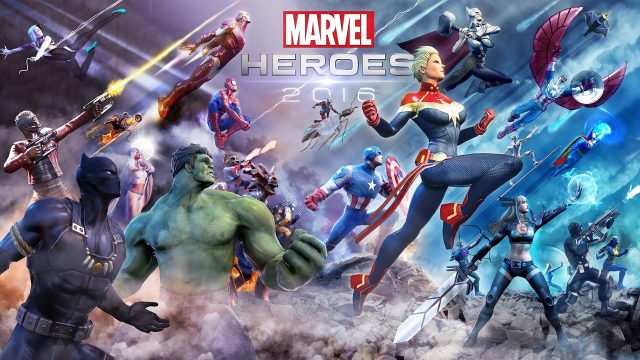 GeForce NOW members can now play Marvel Heroes 2016 for free with unlimited streaming on NVIDIA SHIELD. For just $7.99 a month (with the first month free to try out), you can stream over 60 awesome games like Marvel Heroes 2016 to your NVIDIA Shield.