Could the Galaxy Tab S3 be your next productivity machine? [VIDEO]

Some have opined that tablets are falling to the wayside, and are becoming increasingly unpopular. However, that hasn’t stopped various companies from releasing new options, some of which we have seen at MWC 2017. 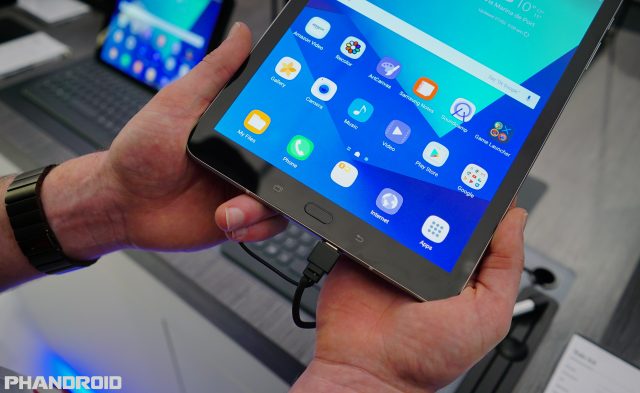 Samsung is known for producing some of the best tablets that aren’t made by Apple, and the company has unveiled the new Galaxy Tab S3 with a few new special features. Luckily, we’ve been able to get our hands-on the Tab S3, and the biggest addition to this tablet, the S Pen.

The S Pen’s features are practically identical to that which was found on the Galaxy Note 7, but aesthetically, we’re looking at a larger accessory. However, the biggest problem that faces owners of the Tab S3 is where are you going to put it, as there’s no convenient slot to insert the S Pen when it’s not in use. 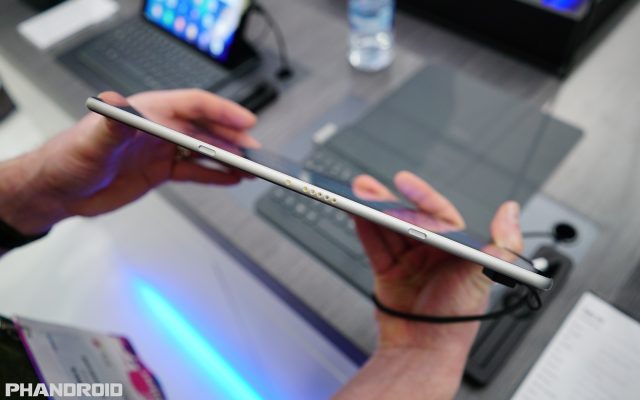 Moving past that, we have a tablet which measures in at 9.7-inches, and is powered by Qualcomm’s Snapdragon 820 along with 4GB of RAM. If storage is a concern, Samsung has packed 32GB of storage into the Tab S3, along with a microSD card slot which can expand your storage capacity up to 256GB.

Samsung has also included a 6,000mAh battery, hoping to ensure that your Tab S3 will last for as long as you need it to. Once you’re out of juice, take advantage of the USB Type-C charging port, and get that bad boy back to 100%.

In regards to the Super AMOLED display that Samsung is using with the Tab S3, there is a new HDR mode. This provides extremely vibrant colors, which will make viewing photos and videos even better. However, if you’re not planning to use this for media consumption, then you likely won’t notice it. 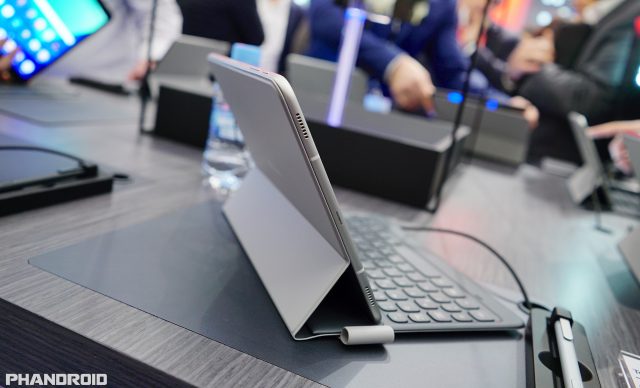 The reason why we ask if the Tab S3 could turn into a productivity machine for you is not only due to the S Pen, but for other accessories as well. Sure, you could use the Tab S3 to take hand-written notes in class, but Samsung will also be releasing a keyboard case, which attaches via pogo pins on the side of the tablet. 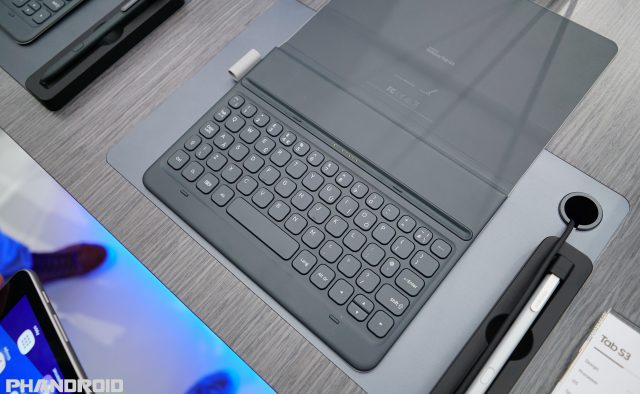 This keyboard case not only gives you a full qwerty keyboard, but also provides a holster for the aforementioned S Pen. This allows you to be 100% prepared to head to your local coffee shop to get some work done.

Unfortunately, Samsung stayed mum on pricing and availability, but we’re hoping to hear more about that sooner, rather than later. In the meantime, we’re looking at this as the direct competitor to the iPad Pro 9.7, and the Apple Pencil.

Let us know what you think about the Galaxy Tab S3, and if this is something you could see yourself using.