Ditto is officially live in Pokémon GO, here’s how to catch him

Pokemon GO players have been anxiously awaiting the arrival of Ditto, one of the game’s most popular — and oddly glaring omission — from the game since it launched. We know developer Niantic has been planning to introduce him from the start, with multiple references popping up in the game’s code over countless updates. After all that time, it seems Niantic is finally ready to introduce Ditto to the world.

Multiple reports from users in various Pokemon GO sub-Reddits are now reporting sightings of Ditto, finally filling out the blank spaces in their Pokedexes (with the exception of Legendaries, of course). So, how exactly do find and catch Ditto? That’s the fun part. 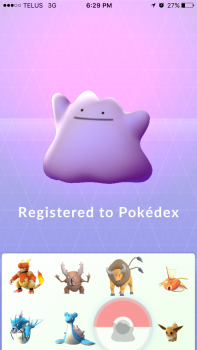 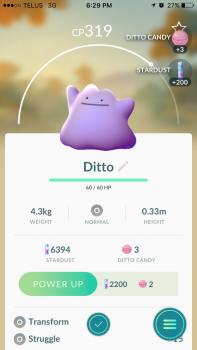 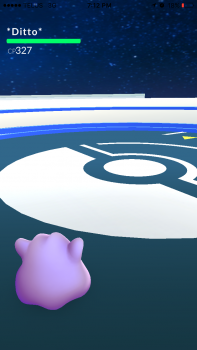 How to catch Ditto in Pokémon GO

Apparently, Ditto appears as any other Pokemon on the map and will only reveal his true self as Ditto once successfully caught. That means you’ll need to be working to grab any and all Pokemon you come across seeing as how any of them could be Ditto.

As for his moves, Transform is his primary, allowing Ditto to morph into whatever opponent he is facing and using their own moves against them.

But that’s not all…

Niantic appears to have begun rolling out the new Nearby tracking system to new locations such as Los Angeles and Australia. It’s not immediately known exactly where else it’s gone live, so you may want to open the app on your phone and check for yourself.

For those keeping track, Niantic officially announced that they’d be kicking off a special Double XP event for Thanksgiving week, followed by news that they made some serious adjustments to further balance the CP levels of Pokemon in the game. Now, with news that Ditto is now officially live and the rollout of the new Nearby system in new locations — let’s just say it’s going to be a fun Thanksgiving weekend. Cheers, everyone!