Without question, one of the best hardware features the iPhone has going for it is that super handy Side Switch. Used to quickly toggle mute/ring functions on the phone, it’s one of the few hardware features Android OEMs have failed to imitate on their own devices, oddly enough.

The Alert Slider is straight ?

The exception to this being OnePlus and their “Alert Slider” which can be found on their current flagship: the OnePlus 3. A physical hardware switch that first made its debut on the OnePlus 2, it was largely considered one of the most handy features we’ve seen on an Android device. This was because it allowed the user to quickly and easily cycle between the 3 main sound profiles: all notifications, priority notifications, or complete silence.

Needless to say, it’s one of the many things we (initially) loved about the OnePlus 3 and couldn’t figure out why more Android OEMs — or even Google themselves — never adopted this on their own devices. Well, it seems there may have been good reason for that… 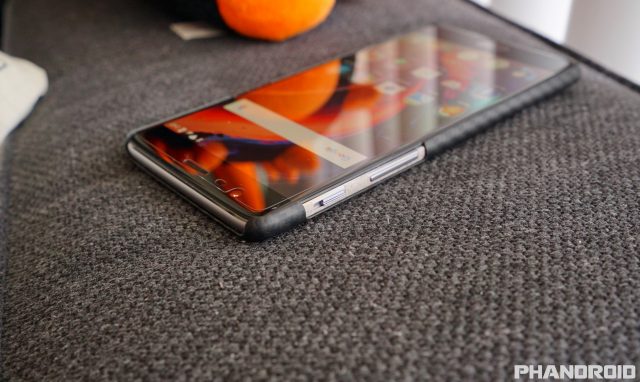 What most people seem to forget (or perhaps overlook) is that the Alert Slider — as found on the OnePlus 3 — is the only method for changing your sound profiles. On the surface, this may not sound like such a big deal (you just have to move a physical switch now — no problem!) but it actually prevents users from taking advantage of one of Android’s best new features: automatic Do Not Disturb schedules.

Marshmallow’s Do Not Disturb mode allows you to set automatic DND schedules based on the day and time. So, rather than having to remember to switch your phone into Priority Mode before you go to bed at night, it’s automatically done for you. Having exclusively used the OnePlus 3 for the better part of a month now, I can tell you, there have already been a few nights where I’ve forgotten to manually switch the OnePlus 3 into Priority Mode, only to find myself woken in the middle of the night by a careless friend’s instant message. Not blaming them, I really only have to myself to blame. Or rather, my phone for not being smarter.

So, while on the surface the Alert Slider sounds like it’s the perfect solution for quickly changing sound profiles on your smartphone, Marshmallow came in and kind of made the feature almost nearly obsolete. Automating your life, however small, is one of the best ways you can take advantage of technology and make it work for you. That’s not to say we don’t find physically switching between sound profiles on the OnePlus 3 especially handy in some cases — it’s just not something we like giving up automatic DND schedules for.

The solution? We’d imagine OnePlus could easily bring this feature back in a future update, perhaps by allowing for automatic silencing on the software side of things even when the Alert Slider is set to “all,” you know, like how it works on the iPhone. But, as far as we know, there’s no plans to do anything like that and — at least for us — it’s the only thing holding back what could have been one of the best hardware features in Android. It’s a damn shame.