Official Reddit app for Android is disappointing, here are our picks for best 3rd party alternatives

Yesterday we saw Reddit announce (on Facebook of all places) that their official app for Android and iOS was “coming soon.” We figured that meant in the coming days and lo and behold, this morning the app has officially landed in the Play Store. Dubbed “Reddit: The Official App,” the app brings a Material-ish design with card-based layout that looks great (there’s a more traditional compact view as well), but is slim on features.

It’s already earned a 3-star rating average on Google Play and for good reason. It seems to nail down all the basics — nothing more, nothing less. You can browse Reddit, submit links, comment, view your profile/inbox/replies/mentions, and there’s a darker night mode for those that like that sorta thing, but that’s a about it. Oh and it’s region locked, so it’s not available everywhere. Power users will still be left wanting and there’s very little reason to switch from whatever great 3rd party app you’re already using.

So, why even bother giving the official Reddit app a shot? Reddit is offering everyone 3 months of Reddit Gold simply for anyone logging into their account using the official app. A pretty neat incentive for Redditors who care about that sort of thing.

Because everyone has their favorites, we thought we’d take this opportunity to list a few that we’re using, along with a quick blurb on why each of us think they’re great.

“Relay is, hands-down, my favorite 3rd party app for browsing Reddit. I’m a speed junkie. I don’t like to wait for things to load, even if it’s a millisecond and aside from a great UI and the ability to download images/videos directly from the preview (in either GIF or video form), you can set how you want the app to behave and even have it pre-fetch content in the background over WiFi and/or cellular connection. The app is damn near perfect and fulfills all my needs for a 3rd party Reddit app.” -Chris

“Sync has many different themes and options to choose from. You can customize nearly every aspect of the app. It utilizes a few handy gestures, but it’s not overly reliant on them. Sync doesn’t have too many bells and whistles or gimmicky features. It’s just a good straight forward and powerful Reddit client.” -Joe 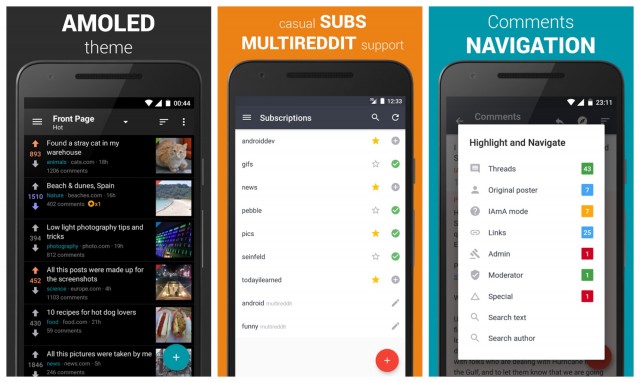 “Boost is currently in beta, but the developer is active and issues updates nearly every month. Tons of comment sorting options are available, including IamA mode, gallery mode, and more. The ability to casually follow a subreddit without actively subscribing to it make Boost a good choice for power users who like to hop around Reddit communities but don’t want their feeds filled with random posts.” -Ashley 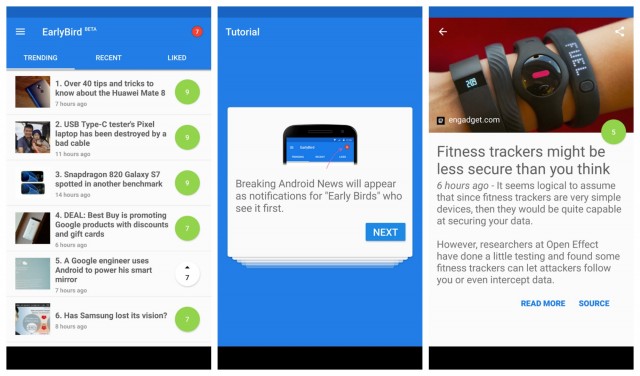 For those looking for a great way to stay on top of Android news outside of r/Android, Early Bird is a great Reddit alternative. The app works similar to Reddit in that the community of users votes on the best news stories, but you don’t have to wait for someone else to submit a story link. Early Bird has a team dedicated to scrounging the internet’s best Android news sources (all your favorite sites are included) the minute posts go live.

Every time you open the app, you’ll be presented with the most breaking news stories, allowing you to vote on their importance with a Tinder-style swipe. It’s fun way to stay on top of Android news and coming soon, Early Bird will bring commenting so you can voice your thoughts on any news story. We think you’re going to love it. Download link provided below.

Top 5 Reddit apps: the best way to feed you R 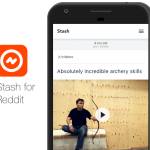 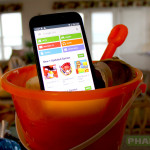 How to find unknown apps