PSA: Your Galaxy S7 wont charge it if it detects moisture in the micro USB port

We got excited when we learned the Samsung Galaxy S7 was IP68 certified against dirt/water, but because the charging port is left open and exposed to the elements, you might want to make sure it’s thoroughly dry before trying to charge it back up. One Galaxy S7 owner learned this the hard way after taking his phone in the pool for a quick underwater photo shoot.

After setting the Galaxy S7 out to dry for 4+ hours, he was surprised to learn that the phone would no longer charge. Instead, the Galaxy S7 was giving him an onscreen error message that read “moisture detected in charging port.” It seems Samsung built in fail-safe to prevent the short circuiting of its internal components, you know, because water and electricity don’t often mix.

While 4 hours should be plenty of time for the USB port to dry, it’s likely the dip in the pool triggered some sort of internal timer or perhaps it just wasn’t all the way dry. Better safe than sorry. The user did report back that after several more hours, his Galaxy S7 was charging again, albeit at the normal rate and would no longer “Fast Charge.” Bummer.

Of course, if you do get the phone wet and find yourself running low on power, wireless charging is probably the safest route to go. It is odd that so much time would need to pass before the device will charge again, but other users in the thread reported their units began charging after only an hour of having been dunked in water. Not sure what happened in this particular case. After the big deal Samsung — and T-Mobile — made about the Galaxy S7 being super water resistant, we’re not so sure it’s meant for actual in-water use.

We’d recommend taking the IP rating as assurance that the phone could survive full water immersion, but more or less in the event of an accident. If you must take the phone in the water, just be sure to dry it thoroughly with a towel and give it plenty of time after that to air dry before you go shoving your cable inside. 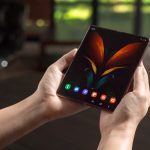