Hands-on with the honor 5X [VIDEO]

The honor 5X has finally been unveiled in all its glory. We were at the CES 2016 event tonight, and now our grubby little hands have been all over the brand new phone. It’s yet another device that falls in the category of “premium mid-range.” You get some high-end features thrown in with a bunch of otherwise mid-range specs. Let’s check it out. 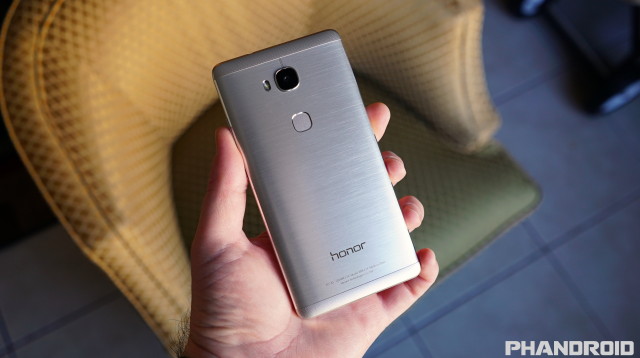 The design of the honor 5X is where the premium comes to play. It has a high-quality metal construction that mimics the look you’d find in high-end phones. The smooth and curved sides feel nice in the hand.

We love to see manufacturers take the time to create well-designed affordable devices. The days of settling for cheap, plastic phones are gone. The honor 5X looks great, and that can make a big difference in the overall experience. We came away very impressed with the design and build quality of this phone. 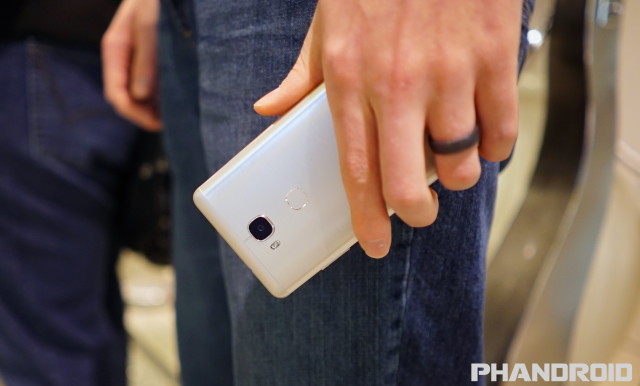 Something you won’t find on many affordable devices is a fingerprint sensor. The honor 5X’s second-generation fingerprint sensor offers greater accuracy and a fast 0.5-second unlocking time. The sensor also gets smarter over time, learning and recongnizing your finger even more accurately as time passes.

The fingerprint sensor does more than just scan your fingerprint. It also offers one-touch functions, allowing  to you to capture images and make calls. After assigning fingerprints to actions, you can launch apps, view contact profiles and open camera functions from the lock screen. 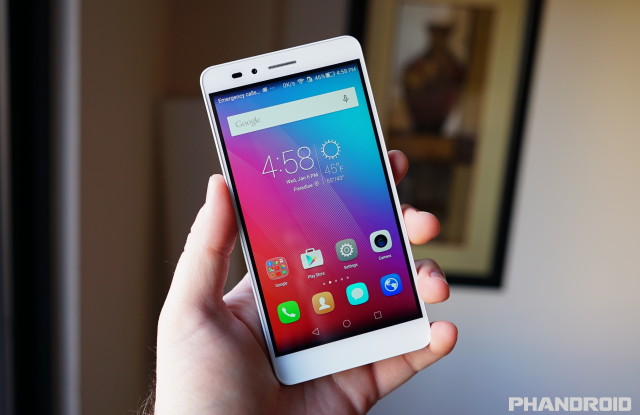 Another high-end feature of the honor 5X is the 5.5-inch 1080p display. There are certainly phones with higher resolution displays out there, but 1080p is still perfectly fine for an affordable device. 5.5-inches is a nice size. It’s big enough to be considered a phablet, but not so big that the device is hard to hold in one hand. 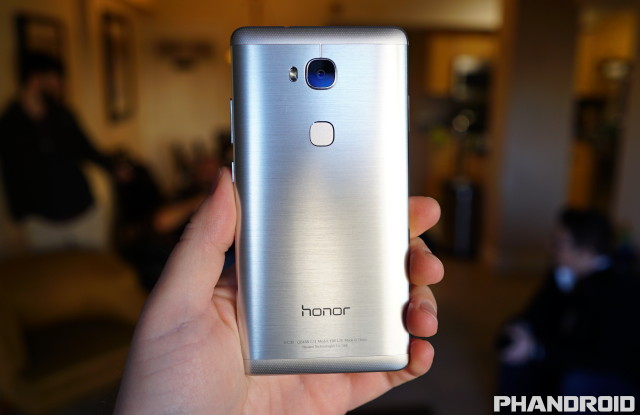 It’s hard to get a feel for camera quality at an event. The lighting is crappy, and the presentation always talks a big talk. On paper the camera seems great for such an affordable device. We’ll wait and see how it fares in the real word. 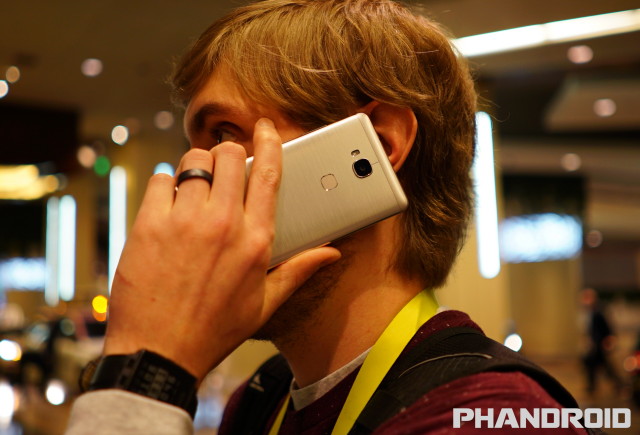 The honor 5X has a reasonably sized 3,000 mAh battery for getting through more than a day of typical use. Depending on your network, you can get up to 740 hours of standby time and 26 hours of talk time. The real test of the battery will come in real world use. 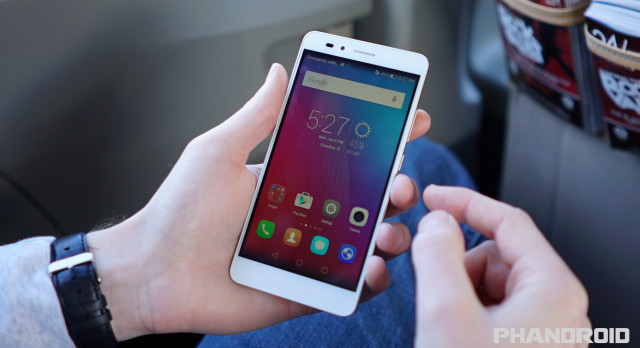 If you can get past the Apple-like design, EMUI is visually very nice. The major problems come with the performance of the processor. With a processor like the Snapdragon 615, it’s very important for the software to be optimized. The honor 5X lags in places because of the EMUI, 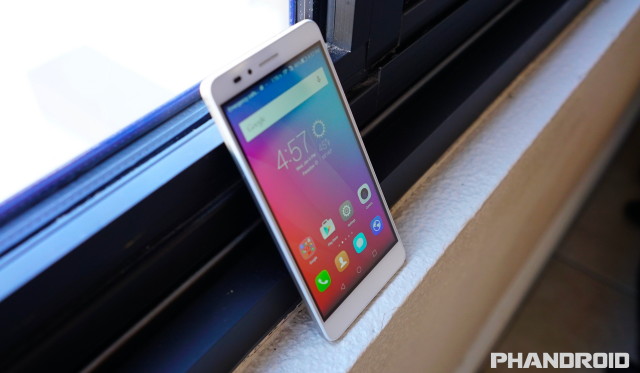 We saved the best for last. The honor 5X is a very affordable device, but just how affordable is it? You’ll be able to get the honor 5X for just $199. There aren’t a lot of great Android phones for under $200. The honor 5X is a great deal and a great phone. What do you think of this device? Will you be picking one up?

more_vertThings That You Should Know About Bitcoin

closeThings That You Should Know About Bitcoin

Bitcoin is currently being used by more than 5 million people from all around the world. Even though there are plenty of cryptocurrencies on the market, a majority of the crypto investors choose Bitcoin as it is far superior. It has many advantages over both regular payment methods and other cryptocurrencies. Even though the number of …