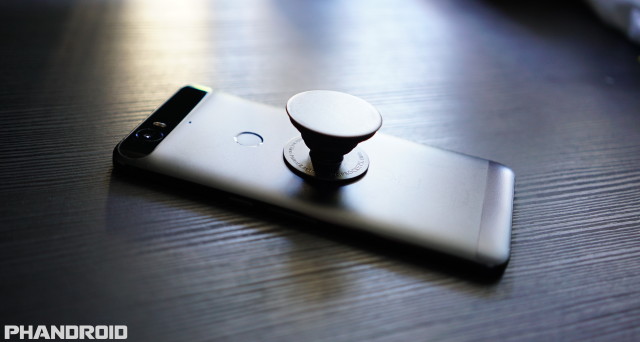 It’s no secret that smartphones are growing larger every year. Just take a look at most 2015 flagships and you’ll find most screen sizes getting dangerously close to that 6-inch range. That means 1-handed use is a bit more difficult than it used to be, which is something I could probably live with if these new phones didn’t feel like they were coated in Teflon. 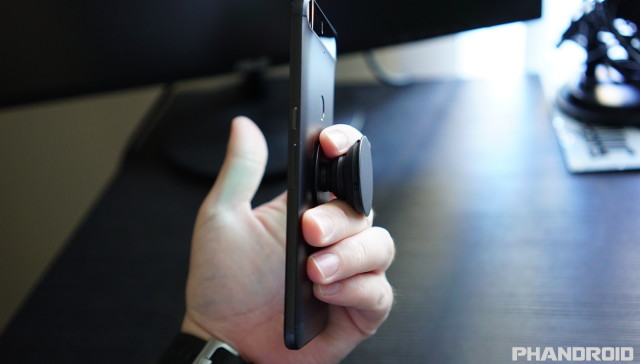 Because of this, long finger stretches — whether it’s reaching something in the far corner or simply pulling the notification shade — greatly increases the chances of a fumble by 96.32% (we’ve done the math, you’re just going to have to trust us). While there are several solutions for making bigger phablet-sized devices more easily palm-able (cases, skins, glue), I was surprised at how much more usable my Nexus 6P became after attaching one simple little accessory: the PopSocket.

A huge, extendable nub that attaches to the back of your smartphone, the PopSocket successfully eliminated all the anxiety associated with accidentally dropping my brand new Android device. For the first time ever, I was able to use my 6-inch Nexus 6P with the confidence that I actually had a firm grip on it, no matter what I was doing. And that’s just the thing. It’s not only when using your phone in the upright position, the PopSocket makes the phone easier to use while laying in bed with your phone hovering directly above you. 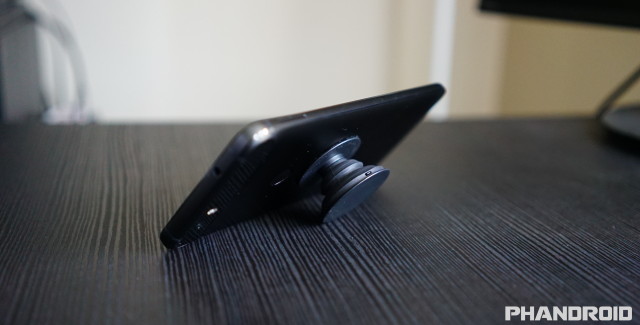 When extended, it can also be used to prop your phone up like a kickstand, making watching videos a lot easier during a quick lunch break. We know. It’s not the most attractive accessory you can stick on your phone and even when pressed in, it still sticks out enough that it can occasionally get stuck coming in/out of your skinny jeans.

This is the why the idea initially sounded silly to me, but after using it for the past few weeks now I can say that without a doubt, the benefits far outweigh any shortcomings. Believe me when I say, nobody is more surprised by this than me, especially when I installed it on a whim (it came inside a goodie bag). 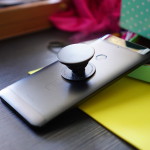 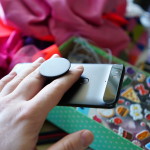 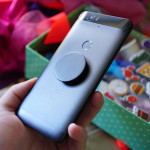 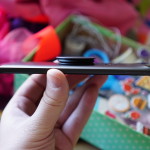 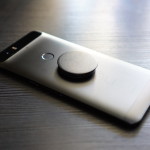 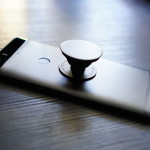 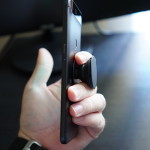 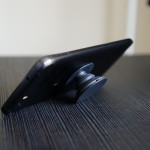 That’s not to say the PopSocket is best suited for all Android devices. The Nexus 6P just so happens to be really thin and really flat, making for a better fit. Even then, we’d probably recommend attaching one to a slim hard shell case so it can easily be removed when not needed (it adheres very strongly). There’s even a special mount (sold separately), so you can attach the phone to a dashboard, bathroom mirror, bed post, or locker.