HTC One A9 goes official, coming November for $399.99 unlocked

HTC has officially announced the HTC One A9. The phone’s look and feel were inpired by the HTC One M line. It’s the product of constant refinement and a bevy of premium metal and glass. The device is curved ever-so-slightly on the edges, a touch that should provide both a stunning look and a good feel. 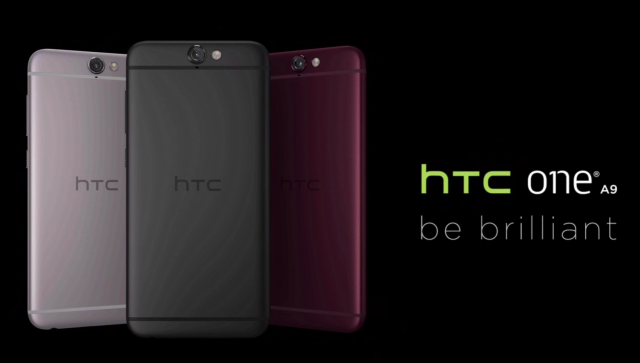 The HTC One A9 has a fingerprint scanner, and will be the first non-Nexus handset to launch with Android 6.0 Marshmallow.

One of the areas HTC focused on with the HTC One A9 was the camera. The rear camera features optical image stabilization and phase-detection autofocus. You’ll be able to shoot RAW images in the new camera software, and they’ve even built in one-touch image processing so you won’t have to export RAW images to Photoshop in order to edit them. Finally, they’ve added a new hyperlapse feature.

HTC also focused on audio, with a lot of emphasis being placed on the device’s hi-fidelity audio chip to deliver some good sound.

The HTC One A9 will be available globally starting in November. Availability and pricing is subject to each carrier and region, though those in the US can expect to be able to buy it unlocked straight from HTC. Call it their “Pure Edition,” if you will.

It can be used on any carrier, comes with an unlockable bootloader that doesn’t void the warranty, has less bloatware thanks to lack of carrier involvement, and gets updates straight from HTC. Those updates include every version of Android that heads to Nexus devices within 15 days of those particular devices getting them. That’s a commitment you don’t hear others jumping to make. You’ll also get 6 months of Google Play Music access for buying it.

Other than that, they’re the same phones with the same 5-inch display, Snapdragon 617 chipset, 14 megapixel camera, fingerprint scanner and more. You can get a whiff of the full HTC One A9 specs right here, and look forward to its arrival at some point next month.