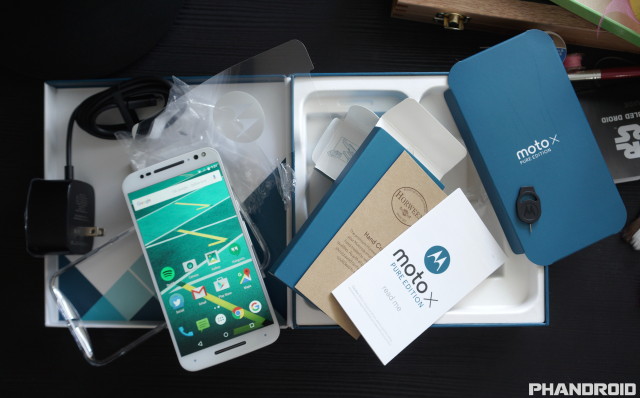 It’s official: Moto X Pure Editions have already begun shipping to pre-orderers with many of them arriving early next week. For a lucky few, they’re arriving as early as today. Here at Phandroid, we already received our custom-made Motorola Moto X Pure Edition on our door and wasted no time in cracking the bad boy open. Because there were a few interesting surprises that came inside the box — those that don’t normally come with most other devices — we felt an unboxing was in order. Let’s take a look. 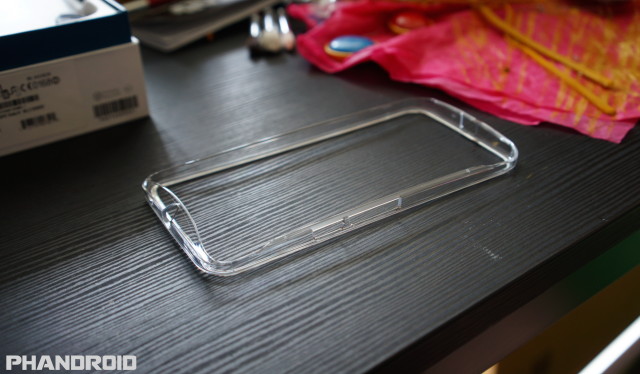 First off, the Moto X Pure Edition comes with clear bumper inside the box, adding even more value to the phone’s already low pricing. The bumper fits on snug, while still allowing users to see and feel the custom back they may have ordered (even the silicone has a nice feel). Given that phones with metal frames tend to be a bit on the slippery side, the glossy bumper provides a little more grip than the normal non-stick sides would, while protecting the phone from minor drops and bumps. It’s a flexible hard plastic (not TPU), which could mar the metal frame over time, so use with caution. 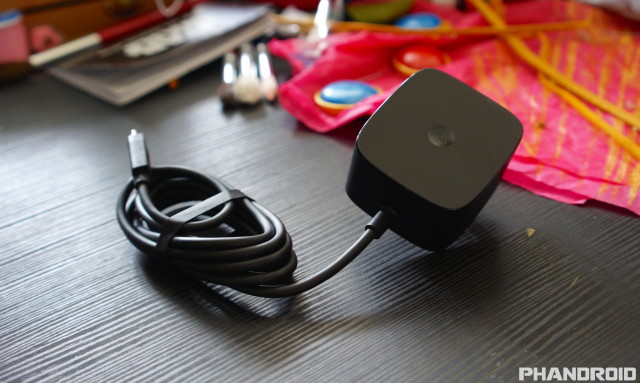 Also odd is that the included Turbo Charger that comes with the Moto X Pure Edition doesn’t have an actual USB cable. Well, not one that you can detach from the charger and use elsewhere. Instead, the micro USB cable is permanently attached to the charger, meaning you would be able to bring your own 13-footer in case you needed a little more slack. The cable is about 5 feet in length, which isn’t generous (we would have like to have seen 6 feet), but definitely better than those 3 foot micro USB cables that come with most devices.

We received a defective unit

One thing that did suck about the Moto X Pure Edition unit we received is it appears to be defective. We know these sort of things happen and there’s no phone or manufacture immune from this but we just wanted to give you guys a heads up in case you notice yours doing something similar.

Here’s the problem. Whenever the phone starts heating up — whether that’s from installing a bunch of apps, taking photos, or shooting video — the touch screen starts flipping the eff out. Button presses don’t register in the spot you pressed and in some cases, the phone takes on a life of its own and begins triggering presses on its own. This only causes the phone to heat up further, although there is a simple (albeit temporary) solution: turn the display on/off.

That fixes the issue for us, although it randomly appears later making it nearly impossible to keep the phone as our daily driver. Fear not, we’ve already reached out to Motorola and we’re sure this is little more than a hardware defect. We’re going to keep exploring the Moto X Pure Edition as we work our way up to our full review, so keep an eye out. If you have any questions or something you’re curious to know about the phone, drop a comment and I’ll do my best to answer. Cheers.