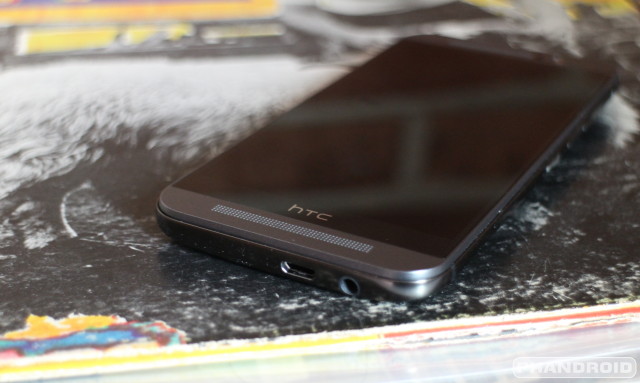 If you’ve been around this Android thing long enough, you may remember that horrible time when AirPush notifications were thing. These were ads that would get pushed to your notifications tray, alerting you of some new app to download or service to try out. They were horrible and Google Play eventually banned its use according to their developer terms of service.

We get it. Ads suck. While most of us understand that sometimes they’re a necessary evil we endure in order to enjoy free content (it is, after all, how we keep this good site up and running), you probably don’t want to see them when you’ve already paid for something (be it an app, game, or service). It’s one of the reasons people flip out over commercials on Hulu. Of course, when you pay good money for a phone, that’s where things get a little weird. For instance, smaller OEMs who’ve been struggling to gain footing in the crowded smartphone market and are forced to think of new ways to keep the cash flowing. What better way than with sponsored content (ie, ads).

We saw hints of this when a leaked internal doc hinted that HTC could soon be bringing ad-supported content into BlinkFeed, their social/news aggregator app. Later we saw the new HTC Sense Home launcher arrive with the new ad-based BlinkFeed in tow and intelligent widgets that suggested app downloads based on your location (we suspect a few sponsored apps were sprinkled in as well). While some aren’t too keen on this idea, our experience is that ads can sometimes prove beneficial to a users when they’re cleverly targeted. Google’s done this in recent years and they’re actually quite good at it. 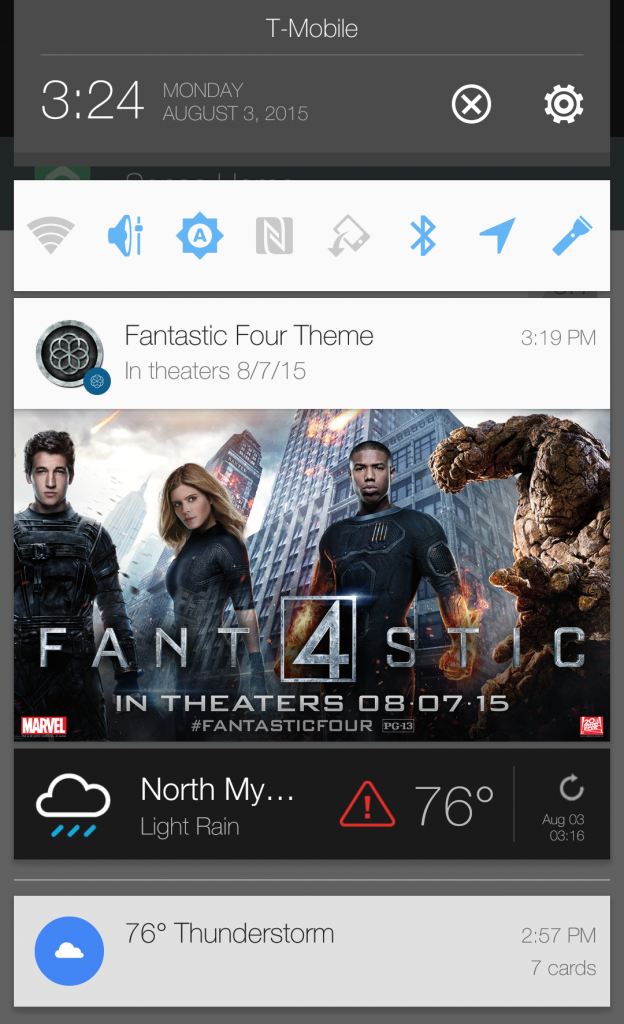 But the final straw for some HTC users is now coming in the form of a Fantastic Four notification ad hitting users of the HTC One M7, M8, and M9. To be clear, it’s actually a notification for what appears to be a sponsored theme based on the upcoming movie — not the movie itself. It’s the perfect way for HTC to make a little side money and although we didn’t find it as appalling as others, some users on Reddit are ready to scrap their devices altogether because of it. We wouldn’t exactly call this intrusive as much as it was a mild inconvenience to swipe away but we suppose it could have been useful had it been for a movie like Ant-Man, but to each his own.

Apparently this hits a little too close to home for a handful of HTC users (probably those that experienced AirPush ads back in the day). While some are wondering if this violates some kind of Google Play policy, again, this is an “ad” for an HTC Sense Home theme — not the Fantastic Four movie (even if it sort of is). It’s this technicality that will allow HTC to keep their Sense Home launcher in the Google Play Store at the cost of possibly losing a few long-time customers. We hope it was worth it.

If this is the sort of thing you don’t want to find waiting for you in your notification shade, thankfully Android offers the ability to block something like this. Simply jump into your Settings app > Sound & notification > App notifications > Sense Home and turn off notifications. Easy peasy.