During our Mobile World Congress coverage, we spent a quick minute checking out HTC’s all new and updated cases for the HTC One M9. The Taiwanese manufacturer has made quite a name for themselves thanks to its aluminum flagships, they also happen to be a master of polycarbonate, doing a fantastic job at crafting stylish plastic cases and accessories. 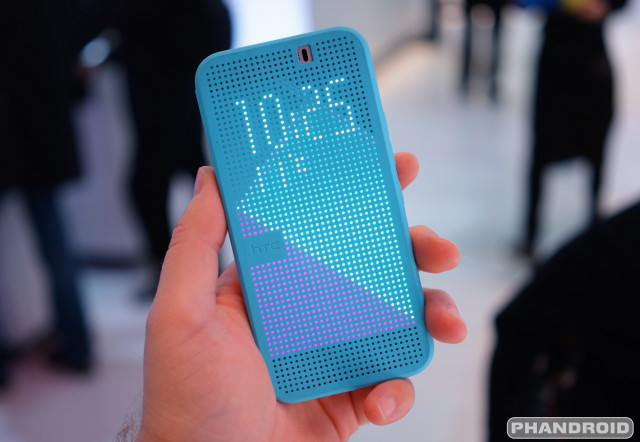 Without question, last year’s Dot View cases were probably one of the coolest accessories we’d ever seen on a smartphone. Similar to flip cases, the Dot View cases had perforated cover flaps that display time and notifications in brilliantly animated 8-bit like designs. Our only complaint was while they looked pretty, they didn’t exactly behave themselves in real world use. The cover flap often times wouldn’t sit properly on the One M8 and was extremely awkward to use when flipped behind the device. For 2015, HTC has improved upon this design with their Dot View 2 case for the HTC One M9. 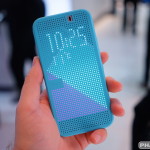 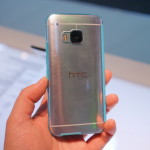 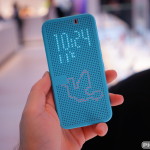 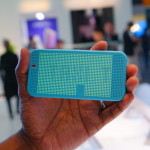 The new case — which will come in a variety of colors — has been engineered to function more properly and fold back behind the device much easier. HTC spent a great deal of time fine tuning the design of the One M9, polishing up its aluminum exterior and what not. So why hide that beautiful finish with a case? The Dot View 2 also comes in a variant with a clear backside, ensuring the phone’s shimmery exterior can still shine through. 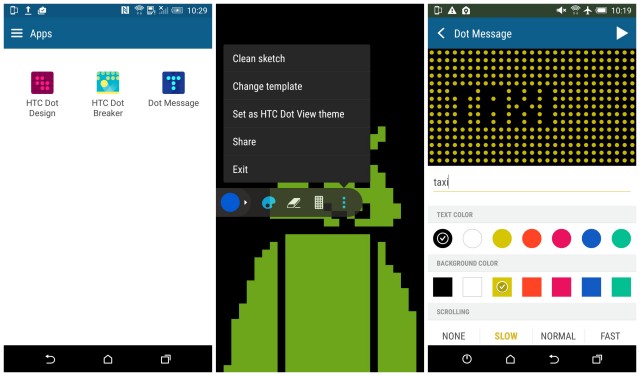 What’s more, the companion app for the Dot View case has also been updated. HTC is adding the ability to draw 8-bit like visuals (like a heart, or bird or something) adding a bit of a unique and personal touch. There’s also a new scrolling marquee feature, although its usefulness is for you to decide (hailing a taxi for instance, or yelling at someone in the car next to you). 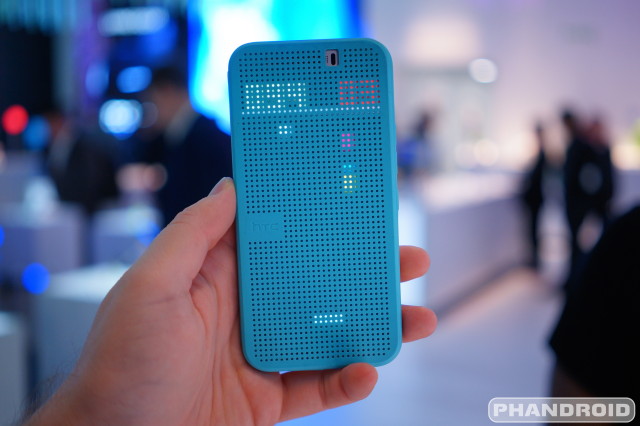 Arguably the best part about the updated app is the new ability to play simple video games straight from the cover. Unfortunately, there’s only one at the moment, HTC’s take on the classic Brick Breaker. The game controls are simply, requiring the user to tilt the device to control the paddle and that’s about. 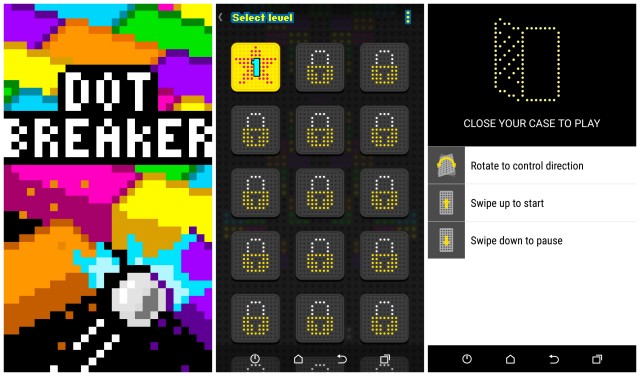 Really, the game was was more interesting than it was fun, reminding us a lot of those calculator games we used to play in our algebra class. You’re more likely to use this as an ice breaker at parties than really trying to pass the time and while that was the only game available, we can’t wait to see what else HTC comes up with. 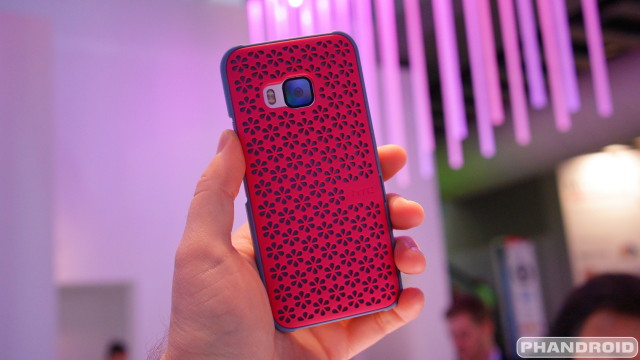 Finally, HTC’s regular ‘ol plastic cases have been spruced up and are now more stylish and functional than ever. Besides offering a light amount of protection (these aren’t Otterboxes, you know), their new Stand Case features pop-out replaceable back plates so you can change the design and colors. Each box comes with 2 color choices that can be swapped out quickly and easily to suit your mood/outfit. 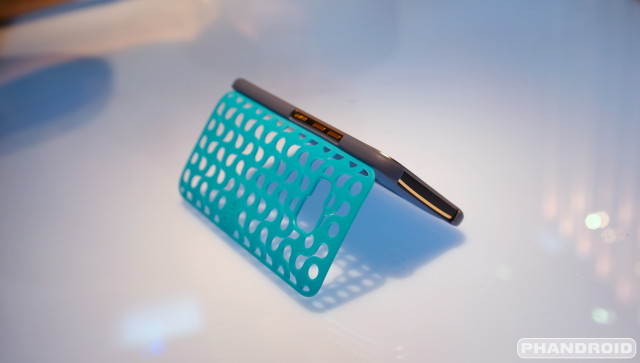 They look pretty flashy, but the coolest feature is their ability to open up on one side (they have tiny rubber hinges). This will prop up the One M9 for a more optimal viewing angle should you want to watch a quick YouTube or Netflix video during lunch. It’s flippin’ amazing (get it?). Check out our gallery below for a better look with more angles. 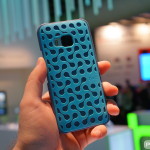 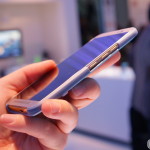 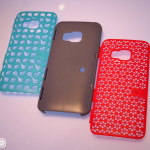 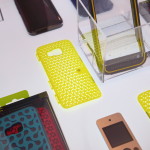 This is just a small serving of the cases and accessories HTC has meticulously designed for the HTC One M9. We also spied a more rugged water proof case, and a Clear Shield case, but those were behind glass. What do you guys think of the new cases we got our hands on? Sexy, or silly?