Chalk up another idea from Google that didn’t quite takeoff like they’d hoped. Google today announced that they will be shutting down their Helpouts video help service on April 20th, 2015, and the service’s Android app has been removed from Google Play.

The service launched in 2013 with the purpose of helping professionals connect with folks over the internet to help them with problems, questions and other sorts of things that don’t require physical interaction. People with health concerns could consult a doctor. A culinary artist could get some tips from an expert chef. Perhaps you just needed to talk with a historian to learn more about something for a school paper you’re doing.

It was a resource that sounded like it had great potential. Heck, we even thought it could become a serious platform for virtual doctor’s visits.

But, for whatever reason, it simply hasn’t grown into the utopia of instant, direct knowledge that Google (and we) hoped it would be. The community, while great, simply wasn’t big enough for Google to justify keeping it afloat.

So where do we go from here? For starters, those who’ve participated in Helpout sessions will be able to download said sessions from Google’s Takeout service starting April 20th. It’ll be available until November 2015, so that gives you plenty of time to grab anything you want or need.

We’re not sure Google’s ever going to look to explore this unique platform for help in the future, but for now it appears you’ll have to resort to your usual fountains of knowledge for anything you need help with. 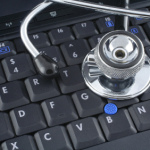 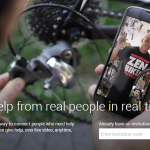 Google Helpouts will let you make money for h