Start 2015 off right: with Flappy Bird on your Android Wear smartwatch [DOWNLOAD] 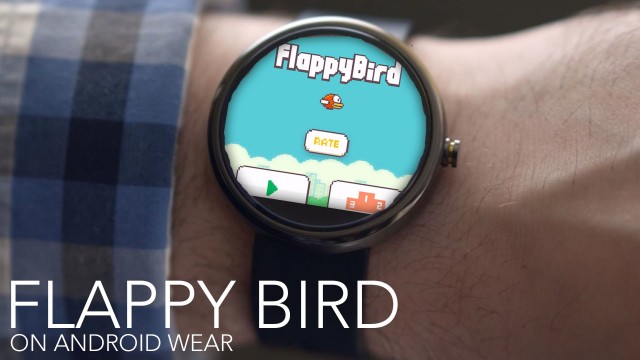 After watching as Android dev Corbin Davenport ported everything from Minecraft Pocket Edition, to Doom, to Windows 95 onto his Android Wear smartwatch (he even got Grand Theft Auto 3 up and running), that mad developer is at it again.

This time, he’s loaded up his Motorola Moto 360 with the popular game everyone loves to hate, addictive time killer Flappy Bird. While you’re no doubt mulling over the value of playing Flappy Bird on your smartwatch (hey, makes a lot more sense than GTA3), judging from his hands-on video, it actually runs quite well.

Getting the game loaded up onto the watch isn’t the usual method of first installing an app from the Play Store (and waiting for it to install to your smartwatch). Instead, you’ll first need a modified version of the apk patched by Jrummy16 (to keep it from crashing on Android Wear) and then sideload it to your watch via some basic ADB commands.

For instructions on sideloading apps to your Android Wear device, Davenport was even nice enough to put together a nice walkthrough here for all those interested. If you’re looking for some Flappy Bird-style fun with a game you can easily install via Google Play, check out Flopsy Droid here.

Given Flappy Bird isn’t one of the more physically demanding Android games out there, we don’t expect it to have too much of an impact on battery life. Still, you might want to keep your gaming sessions relatively quick.

Of course, gaming on your Android Wear smartwatch brings to mind our own editorial from Joe Fedewa in which he felt people should stop treating Android Wear like a full-blown smartphone OS, and instead us it the way Google intended (a quick way to interact with notifications). 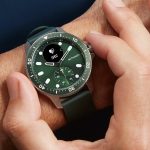