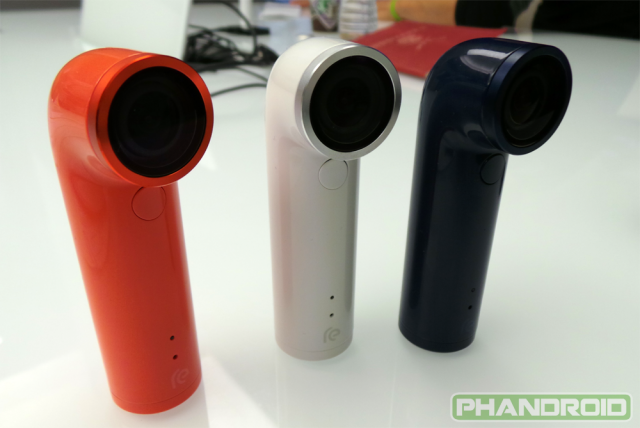 People want ways to passively capture special moments in their life without having to miss the moment while staring at a screen. GoPro is living proof, recently growing from a niche product for extreme athletes to a public company valued at more than $10 billion dollars. Google Glass accomplishes passive photography too, albeit for more casual purposes, but also comes with a much higher price tag and geek stigma. HTC is making a case to be the next big player in the space with the HTC RE, a camera that blends passive photography with stylish looks at an affordable price.

The RE looks like a little periscope – a well thought out form factor that serves many purposes – most notably the ability to set it on a flat surface and begin taking extended video for set-it-and-forget-it activities or time lapses that would otherwise require a accessories or Mother Teresa-like patience.

The shape also makes holding it extremely comfortable, especially when your shot requires an extended arm to raise above a crowd or other obstacle. A perfectly placed button on the top rear will snap a picture when pressed or begin recording video when long-pressed.

But what are the specs? I can already hear you asking… so let’s talk about what firepower that $199 price tag brings.

Here is what comes packed in the HTC RE. (We’ve done a separate comparison of the HTC RE vs GoPro Hero3 White, both priced at $199 so something you’ll definitely want to check out.)

That’s the nitty gritty, but there some important takeaways worth noting. First, taking 16MP pictures at 146 degrees means you’ll often capture way more image than you need to, enabling you to simply point, shoot, and crop to meet your needs later. This is essential due to the purposeful lack of a viewfinder and particularly helpful when taking group selfies.

The RE will work as a standalone device, able to transfer files via MicroUSB, but the real magic comes with the companion RE application for Android and iOS. A few of the things it can do:

You’ll see a complete showcase of the HTC RE’s features in our hands-on video and full review, but perhaps what the HTC RE does best is get out of the way.

“Step out from behind the viewfinder and focus on the moment, not on your camera… – ”

But… how do you carry it?

Not hold it- holding it is very comfortable and feels great. Nice and light. Nice shape. Really good feel. 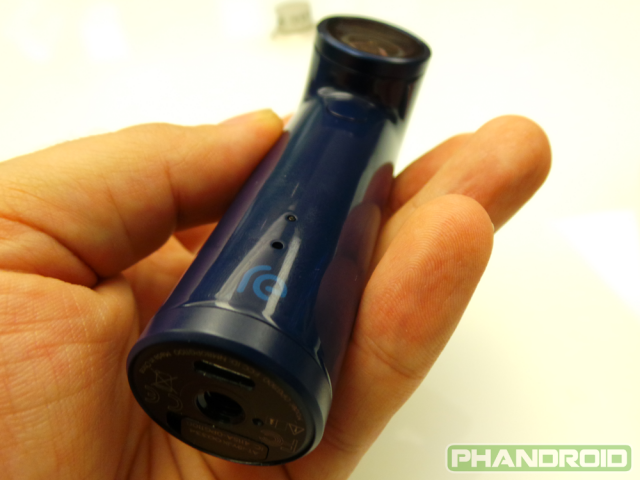 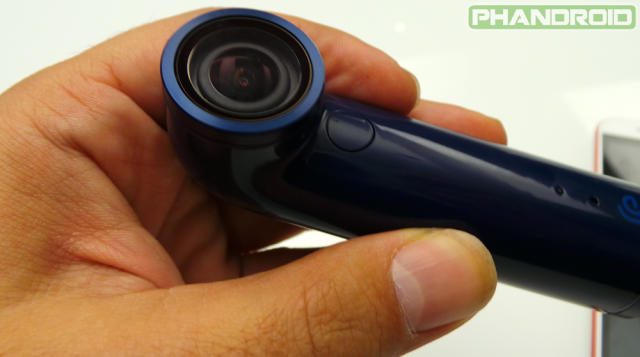 I’m talking about carrying it. Taking it with you. Nobody will want to hold it in their hand 24/7 and putting it in your pocket could expose the lens to scratches. Thankfully this isn’t something that HTC overlooked.

The HTC RE Travel Pack will include a lens cover and a lanyard, allowing you to put it in your pocket or around your neck for super quick and convenient access. The lanyard could be particularly interesting to use while recording, but if the RE is a success, better “action” accessories could come next. 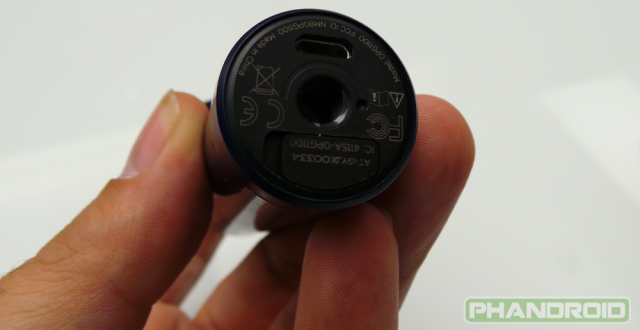 How long will the battery last?

The battery is only 820 mAh but with no viewfinder sucking up energy, the HTC RE is capable of taking 1,200 16MP photos or recording 100 minutes of continuos Full HD video. If you need more than that… you’re probably astalkerish paparazzi creeper guy that needs to chill out.

There’s no power button, either, and that’s a good thing. It’s because the HTC RE has a grip sensor that knows when you’re holding it and ready to rock/shoot/record, automatically activating it from its cozy sleep. Of course if you want to use it without holding it, you can remotely operate the camera with a phone that’s Android 4.3 and above or iOS 7 and above. Pretty nifty.

If you leave it on your nightstand and don’t use it you can expect the battery to last up to 2 months.

Be careful with this suggestion! Rarely do companies promote underwater use of electronics unless their device is extremely waterproof, more often calling these devices water resistant to prevent accidental damage.

Here is how you can plan to use the HTC RE in water:

And even then, I wouldn’t be as daring as the above conditions suggest you can be. Sure, hold it near the surface of a swimming pool to get a shot or two, but be careful- one slip of the fingers in the deep end and you’re $200 in the red. Don’t forget that elements like salt water aren’t included in these ratings either.

Is the HTC RE worth buying?

This is the ultimate question:  the device will become available this holiday season for $199 at the following locations:

Whether it’s worth buying depends on mostly one thing: how do the pictures turn out? That’s something we’ll most definitely test in a full review, so stay tuned.

In the meantime the HTC RE looks like a promising product in a totally new territory. It’s exciting. It’s different. It identifies a whole in the market and fills a need. We’re hoping it lives up to the expectations because this thing has a chance to really rock… and we’d like to see even more innovation from HTC.

Head on over to our HTC RE Forums to discuss with other tech enthusiasts on Android Forums! 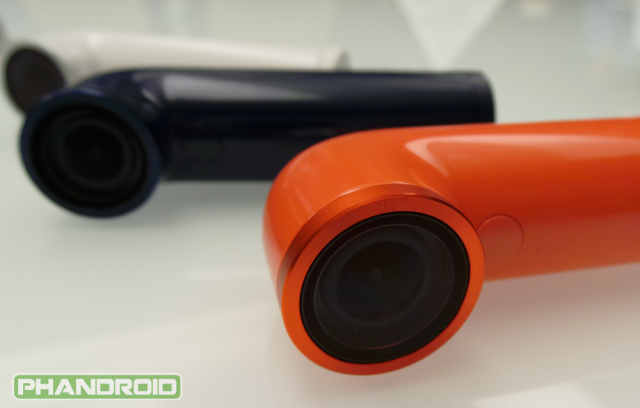