MSU researchers develop an almost completely transparent solar panel, now let’s get it on our phones 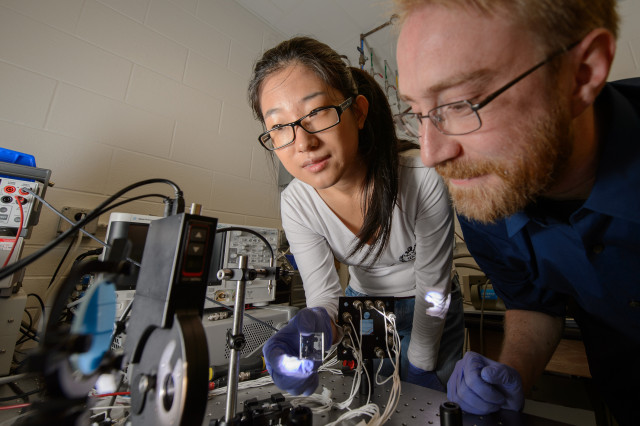 Sure, we’ve already seen the benefit of low-power displays with Samsung leading the pack thanks to their AMOLED technology which essentially allows the display to “turn off” pixels individually when displaying black, causing little-to-no battery drain. But what if we could take that a step further? What if our phone’s display was not only capable of drawing less power, but actually adding a little juice as well?

That’s a future we’re imagining after seeing what some researchers at Michigan State University have come up with. These men and women have developed a new type of solar panel that’s almost completely transparent. Similar to the solar panels you find on houses or those 99 cent store yard lights (only smaller), these panels use photovoltaic strips around the edges to capture light. The difference is in the organic molecules used that are able to capture infrared light — which is invisible to the naked eye — that allows them to be almost completely transparent. 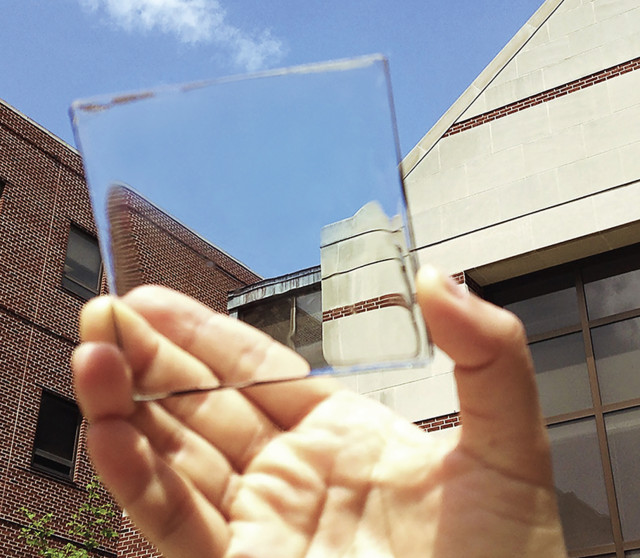 The panels are said to be extremely affordable with the application of a thin plastic material able to harvest light is obvious (car windows, smartphones displays, and home windows immediately come to mind). The only real downside is in the efficiency of the panels which are only able to capture somewhere around 1% of the light that passes through them. According to MSU College of Engineering lead Richard Lunt, he’s hoping to get that number up to 5% once fully optimized.

By contrast, the most efficient solar panels are able to capture upwards of 40% of light that hits it but then again — those aren’t transparent. And while we’re not expecting to fully charge our smartphones while spending a day at the beach or theme park, even being able to slow down battery drain — not matter how little — is welcomed. Every little bit helps.

Of course there are those that claim more than a day’s battery life isn’t needed (yes, they’re out there), but as we continue to use our smartphones for all our computing needs whether it’s gaming, video encoding, or music streaming, it clear something needs to be done about battery life and maybe solar power could be the answer.