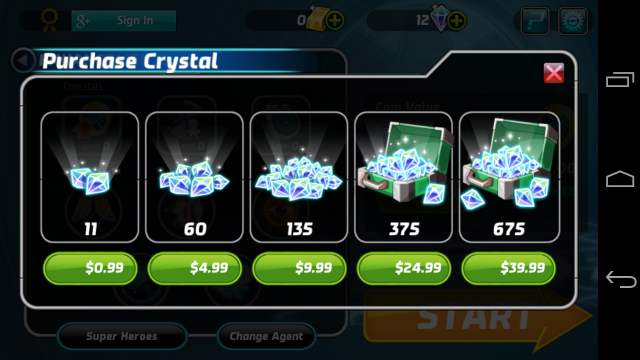 We’ve all heard the horror stories. Some parent unknowingly allowed their children to rack up hundreds of dollars from a game or app after they discovered the wonderful world of in-app purchases. As most of us have already figured out, just because a game is offered for “free” in the Google Play Store, doesn’t mean you get to have a good time without paying anything. It’s this shaky ground that the European Commission is now issuing some guidelines they’d like app stores to adhere to.

The EC is asking that all games advertised as “free” aren’t misleading consumers about their “true costs.” They also ask that apps or games don’t ask children to make purchases, make it clear how payments are made, and provide an email address to answer questions or complaints. While the EC will continue to monitor adherence, they’ll be leaving its actual enforcement up to national authorities.

“In-app purchases are a legitimate business model, but it’s essential for app-makers to understand and respect EU law while they develop these new business models.”

Unsurprisingly, Google is one of the first companies to welcome the changes, announcing that by the end of September, they will no longer advertise games as “free” when in-app purchases are available. What’s more, Google says they’ve already altered the default Google Play Store settings so that a password is required before each and every purchase (but can be altered in the app’s settings). It’s unclear if Google’s new policy change will only apply to Europe or worldwide.

In a later statement, Apple too agreed to make similar changes, although they didn’t commit to an exact time frame or reveal exactly how they plan on going about it, only that they are already doing a better a job at protecting consumers from unwanted charges than some of the competition. They also talked about iOS 8’s upcoming “Ask to Buy” feature that pings parents on their device for permission when a child wants to buy something.