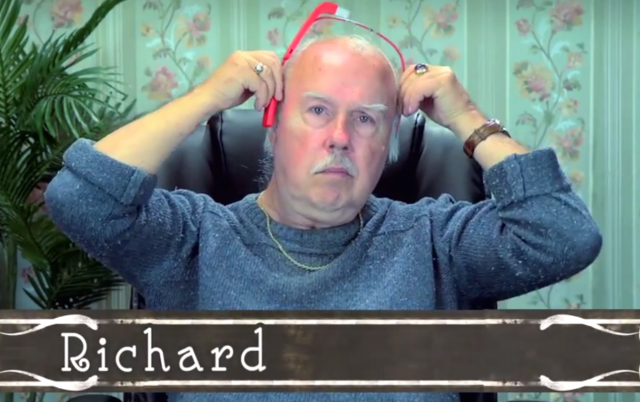 While the rest of the world is having a field day critiquing (or just plain making fun of) Google Glass, there’s still a sect of people are who are generally unfamiliar with the latest in tech: the elderly. While it’s true, my abuelita enjoys playing a good hand of rummy on her iPad, wearables like Google Glass are as foreign to her as top 40 music.

So what happens when you give Google Glass to a group of elderly people? Well, TheFineBros looked to find out in their latest “Reacts” video. In the video, these older folks are given a quick intro on what Glass does, even how to wear it (one man initially pointing it upwards). Glass functioned as intended, accurately performing actions given by its users. One lady couldn’t figure out how she could hear feedback when nothing was in her ear (bone conduction speaker).

After trying it out first-hand, the general sentiment was that Glass was pretty nifty and in their words, they felt like they “were in the future.” In our modern age, it’s easy to forget how far technology has come in such a short amount of time. Because of this, we’ve seen technology slowly drifting over the bounds of individuals’ comfort levels.

One lady said that while neat, she felt like there should be rules on where you could wear Glass. Not so much over privacy, mind you, she equated it to her resentment over people having their noses buries in their phones all the time (a “problem” Glass actually looks to solve). Others said Glass could be distracting while driving (something courts seem to agree with), while another lady said she could see the front facing camera making people feel “uncomfortable.”

Finally, when it came to actually buying (something tells me they weren’t told it’s current beta price), 4 out of 9 of the elderly said they could actually see themselves buying the “Google Eyes.”  To see for yourself, check out Elders React to Google Glass below.