Talk about the HTC One Mini 2 at AndroidForums.com 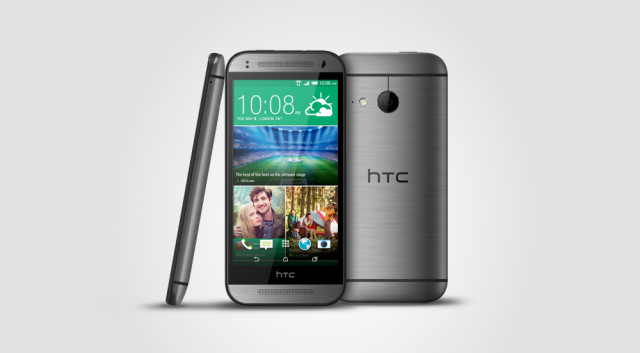 HTC has officially doled out the red carpet for the Mini version of their 2014 flagship HTC One M8. It’s being called the HTC One Mini 2 as rumors previously suggested, and it doesn’t up the ante much but it does provide a compelling enough experience for fans of smaller phones to take notice.

Under the hood will be a 4.5-inch 720p HD display, and that’ll have its pixels pushed by a Snapdragon 400 quad-core chipset and 1GB of RAM. Camera specs seem quite interesting as well, with the rear shooter coming in at 13 megapixels and the front shooter at 5 megapixels. Internal storage of 16GB should be enough to get you through your phone’s life cycle, though HTC has plopped in a microSD card slot for those who might need more storage for multimedia and documents.

Other choice specs include NFC, WiFi N, Bluetooth, 4G LTE, GPS, and a 2,100mAh battery rated for around 16 hours of talk time on 3G. Software wise, we’re looking at Android 4.4 KitKat with HTC’s Sense 6 on top, which has proven to be a very slick combo on the original HTC One M8. 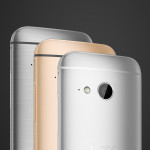 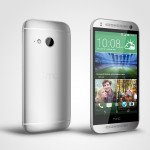 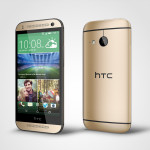 One thing we were wondering about with this year’s model was its size — the original HTC One wasn’t much bigger than its mini counterpart, which kind of defeated the purpose. Unfortunately we’re getting more of the same here: the devices only sit a mere few millimeters apart when you put them side by side.

Regardless, if you are dead set on getting a phone with a 4.5-inch display for whatever reason you could definitely do a lot worse than the HTC One Mini 2. Let us know if you’ll be passing on the more mature sibling (read our review of the HTC One M8) to pick this one up instead. The HTC One mini 2 will be available in EMEA and North Asia in Gunmetal Gray, Glacial Silver and Amber Gold starting June 2014.