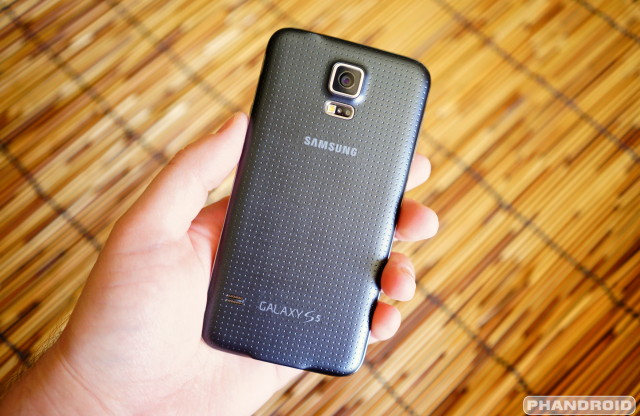 Samsung seems to be doing a bit of executive shuffling over at headquarters. Reuters reports that head of mobile design team — Chang Dong-hoon — has offered his resignation of the position to underling vice president of mobile design Lee Min-hyouk.

Immediately, we wonder why. Samsung obviously didn’t indulge our curiosity, but the feeling around the water cooler is that the lukewarm (and borderline hostile) reaction to the design of the Samsung Galaxy S5 had something to do with it.

Main criticisms shared by most were that its dimpled faux leather backing felt and looked cheap, and that the phone’s overall design is uninspired. Rob Jackson wrote in his Samsung Galaxy S5 review that he felt this was a step in the right direction, even if that step wasn’t very big.

Sure, it’s just a phone, but people like devices they carry around all day to look as well as they work. The original Galaxy Gear was also no spring chicken, and while the new Tizen-based gear products have improved in that area they aren’t the most attractive smart watches on the market.

Challenging the theory that Chang Dong-hoon was pressured to resign due to design shortcomings is the fact that he is putting more focus on his role as head of Samsung’s design strategy team. Samsung says the team is responsible for the design direction for all of their products and businesses — that means mobile, too.

Also challenging that theory is the fact that his replacement, Lee Min-Hyouk, was largely responsible for designing the Galaxy S line in its early years, a feat which has earned him the nickname of Midas. Lee likely had just as much influence over the design of the line now as he did back then, so it’s tough to imagine that this move was anything more than a bit of corporate shakeup to cut down on redundancy.

Of course, we’ll never know the true reasoning unless we’re able to wiggle our way into a Samsung board meeting or two, so we’re left to our imagination and speculation. Let us know what you think of the Samsung Galaxy S5’s design in the comments below, and be sure to stop by this thread at AndroidForums.com where people are making a strong case for the Galaxy S5’s craftsmanship and design and drop an opinion of your own.