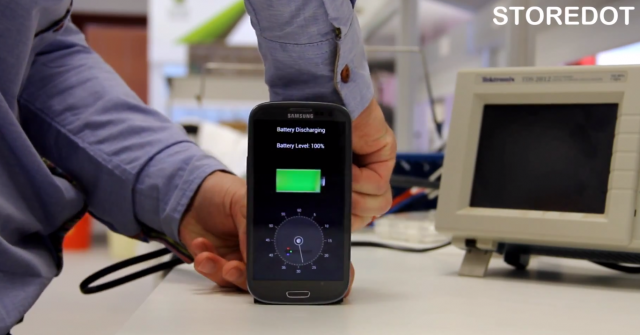 Battery life has long been a major concern in mobile. It’s only recently we’re finally seeing small strides being taken with how chip vendors and smartphone manufacturers are approaching the issue. This typically involves either creating additional low-power CPU cores, or throwing higher mAhs into our smartphones and tablets. But what about charge times?

As our phones become more powerful (and bigger), and we begin to demand more out of our devices, we really need to start thinking about other avenues to explore if we hope to break free from constantly being tethered to a wall socket.

It was early last year we saw Qualcomm’s attempt at speeding up our device’s charging times with their Quick Charge 1.0 technology that can be found in most current smartphones (the recently released HTC One M8 even features Quick Charge 2.0, though compatible chargers wont be available until later in the year).

And while being able to charge a phone in under an hour and half is all good and dandy, how cool would it be if you could charge your smartphone in under 30 seconds? Suddenly, that 15 hour battery life doesn’t sound so bad.

StoreDot is an Israeli startup introducing their prototype charger and battery technology that does just that, taking a near depleted smartphone to a full charge in 30 seconds or less. The charger, which is about the size of your everyday laptop charger, was shown doing just that on a Samsung Galaxy S3 (support for additional smartphone models is also in the works). The battery itself features biological semiconductors made from “naturally occurring organic compounds” (peptides) and short chains of amino acids. While quite large right now, StoreDot says it should roughly be the size of current smartphone batteries by the time its ready for release.

The best part is you might not even need to wait until you’re old and grey before we see this in the real world. StoreDot says that when the product becomes commercially available in 2016, pricing should be about twice that of the average phone charger. Right now, they also have another project aimed at making the charger smaller for more practical use.

The biggest question we have is how long these batteries will be able to hold a charge, and how well they handle our power hungry mobile devices. You can find a video of the prototype charger in action below. 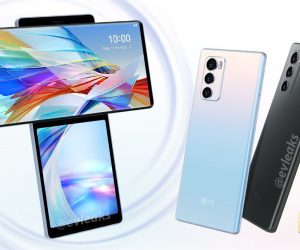 LG is expected to announce their next smartphone soon, the LG Wing. Thanks to a bunch of leaked images, we have an idea of what to expect in terms of design and the user interface. 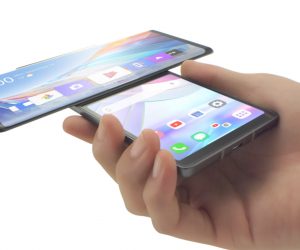 closeThis is the LG Wing, the worlds-first swivel smartphone

LG has never been viewed as a brand that delivers must-have technology, but the company is looking to change that with the introduction of the LG Wing – a smartphone with a swivel display.To put things simply, the LG Wing is a dual-screen smartphone with a main panel that swivels 90-degrees to reveal a companion …