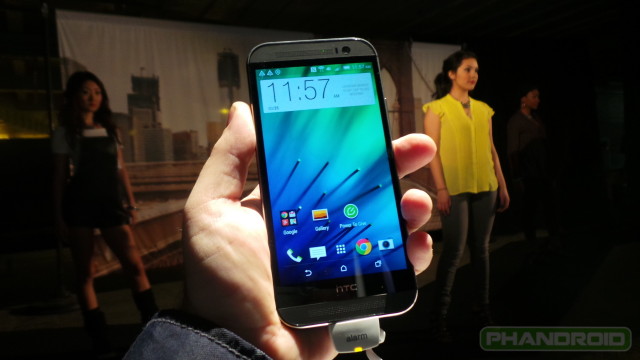 We can’t say we’ve ever put too much emphasis on device benchmarks. While they could sometimes be an objective gauge of a device’s overall performance, more than often they amount to little more than fuel for fanboys touting their device’s superiority over another. It’s grown to be a tired argument in Android circles, and one we like to avoid.

When it was discovered that Android OEMs like Samsung were actually playing up these scores for the fanboys, boosting the performance of their device’s only upon the opening of a benchmarking app… well, let’s just say it drove some to question everything they knew about life. Eventually apps like AnTuTu — which have built a reputation on delivering accurate reporting of a device’s actual performance, not hypothetical — created an alternate version of their app for those that wanted a more level playing field. This clever way of sidestepping device “cheating” in benchmarks is what lead to the development of AnTuTu X.

After some folks with a Chinese HTC One M8 decided to test the device on both applications — the regular exploited version, and version X which judges real-world device performance (no cheating) — what they found wasn’t very surprising. 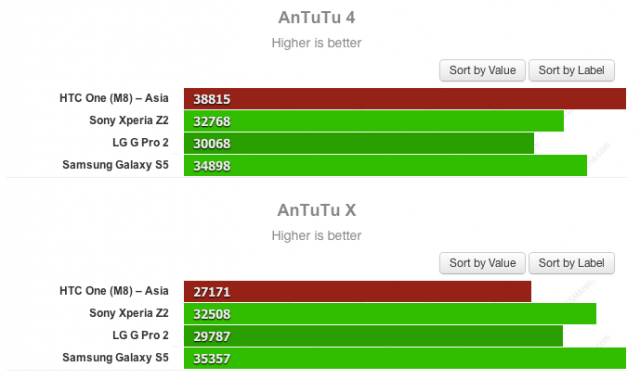 The HTC One M8 topped the charts in the regular version of the AnTuTu, while AnTuTu X showed the phone performing coming in under devices like the Sony Xperia Z2 and Samsung Galaxy S5, all smartphones using the exact some Qualcomm Snapdragon 801 SoC. When confronted about the 2 very different results, HTC did the unthinkable by not only owning up to the benchmark boosting, but by calling it an actual feature of the HTC One M8. Here’s the quote as told to Cnet:

“Thanks for your email about the HTC One (M8). Benchmarking tests look to determine maximum performance of the CPU and GPU and, similar to the engine in a high-performance sports car, our engineers optimize in certain scenarios to produce the best possible performance. If someone would like to get around this benchmarking optimization there are ways to do so, but we think most often this will not be the case.”

Now, before you run out and grab your pitchforks, here’s how HTC’s situation differs from Samsung’s. In Samsung’s devices, they fire on all 8 cylinders only when a benchmark is running — not during normal use. This boost in performance isn’t readily made available to the end user.

In the case of the HTC One M8, HTC says the performance increase when running a benchmark, while not available by default to better balance performance and battery life, can actually be enabled by the user in the M8’s developer options.

Unfortunately, this “High Performance Mode” isn’t yet available to HTC One M8’s in the US (only China), but HTC promises it will arrive in a future software update.