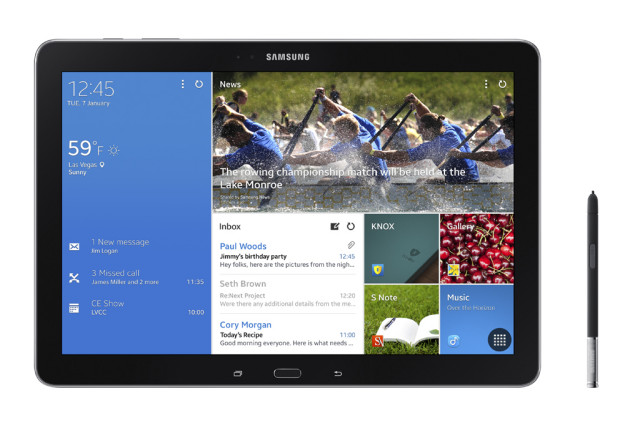 The folks at Samsung have officially announced the 12.2-inch Samsung Galaxy NotePro at CES 2014. Samsung says its goal was to kick the year off by flexing their muscles in the tablet space. You’re probably curious about those specs right away, aren’t ya? Have no fear — we’re not going to delay the goodness any longer.

Samsung really went all out with this thing. If a gigantic display wasn’t enough, perhaps the entirety of this package will do the trick in getting your excitement levels up:

And there you have it. It’s certainly ready to kick some butt and take some names with that collection of silicon, and we aren’t surprised that it’s yet another entry in Samsung’s Note series that’s taking things to the next level.

Specs are only half the battle, of course. The NotePro will come equipped with Samsung’s standard TouchWiz-enabled user experience, with a couple of updated elements from the last time we’ve seen one of their Android tablets launch.

One of those elements include a bigger emphasis on the Magazine UX, giving you a look at all the content and info important to you in a clean, easy-to-view way. It also includes standard S Pen features, multi-window productivity, and more. It’s also good for business, apparently, with Cisco WebEx meetings built-in, and Samsung e-Meeting collaboration tools.

The Samsung Galaxy NotePro is expected to be available in the first quarter of 2014, but no specific dates, regions, or even a price point has been communicated just yet. We’ll certainly be on the lookout for what should be one of the most sought after tablets on the market whenever it launches. Stay tuned for our hands-on look from CES 2014! 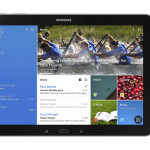 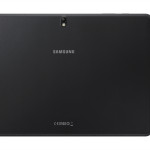 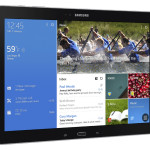 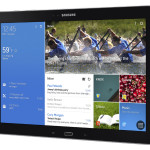 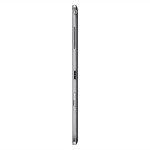 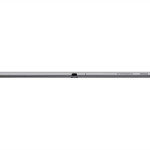 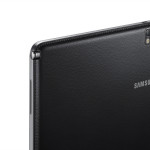