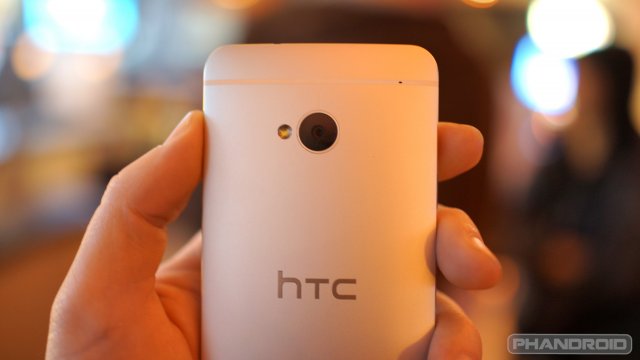 Yesterday, @evleaks was able to provide us with a short list of preliminary specs for the upcoming HTC One sequel — the HTC M8. Now, according to Mike1986 (a popular ROM developer on XDA who regularly obtains leaked HTC software builds) we now have some additional info on what we can expect from the HTC One followup, including its possible release name.

Going by HTC One+, this could be a clue that this device might be more of an incremental update from the already stellar HTC One, as opposed to a fully redesigned, spec’d out 2K monster. That’s not to say the specs haven’t gotten a nice a bump. The One+ is said to feature the obligatory improved processor, coming equipped with a Snapdragon 805 working alongside speedier DDR3 RAM.

Display size has been increased to 5-inches (hopefully by shrinking the One’s bezels) but in a strange twist, it seems HTC could be doing away with capacitive keys in favor of on-screen software keys. It’s not a “feature” everyone will be too happy about (myself included), but I’m sure we’ll learn to cope.

Addressing criticisms with the original HTC One, the HTC One+ could be this year’s “people’s smartphone”. Not only has HTC increased the battery size to 2,900mAh for added screen-on time, but they may have also equipped the One+ with the oft requested micro SD card slot. We know, that’s kind of a big deal for some of you out there.

Still up in the air is whether or not the HTC One+ will feature the recently rumored dual-lens UltraPixel camera (not for 3D video, thank goodness) for increased dynamic range and improved picture quality. Here’s all the “leaked” specs at a glance:

The HTC One+ could be shaping up to be one helluva smartphone for 2014. Given the “+” in the name and not a new number, we’re wondering if the new design wont mirror closely that of the current HTC One (gapless construction, aluminum body, etc.). Don’t forget if HTC once again goes the Google Play edition route, we might have one heck of a Nexus killer on our hands.