I’m not personally a big fan of the Amazon App Store, probably because outside of their own devices, the process never felt very user friendly. However, every now and then, they do come out with some very interesting deals as part of their “App of the Day”. And they’ve topped that with a healthy margin with their latest offerings for the Black Friday to Cyber Monday period.

While OfficeSuite’s biggest competitors, Quickoffice, has been made free following Google’s acquisition of the company, OfficeSuite for just a dollar is still a steal. They’ve put the app on sale on Google Play, too, but it still costs $5.

Unfortunately, I don’t use either OfficeSuite or Quickoffice that much to point out which is better. The people, however, have voted in favour of OfficeSuite on Google Play, giving it 4.3 stars rating compared a 4 Quickoffice.

Are you a fan of the classic game show? Or are you quite simply looking to while away some time? Then Wheel of Fortune might be a purchase worth considering now that it’s down to just a dollar.


Tablet user, or going to become one after the $189 eBay deal I told you about yesterday? Then you should certainly consider the benefits Tablet Talk brings to you: you can get your SMS notifications (nice, rich, expandable ones as well as quick reply options) on your tablet, as well as read all of them or reply to them. The connection is over either Bluetooth or WiFi, so you are not restricted by the lack of internet access at any point. The app also has a Dashclock extension, allows you to theme it, and there is MMS and group MMS support. The app has a very healthy 4.4 rating on Google Play, so I would say this is a definite yes.

There are also a multitude of “Free Apps of the Day” offerings that I suggest keeping an eye out for, primarily consisting of several games, such as Sonic The Hedgehog, Teenage Mutant Ninja Turtles: Rooftop Run, and Fruit Ninja, all of which won’t cost you a cent. Hurry up though, the deal on these games expires today. 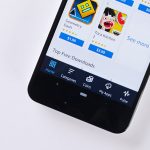 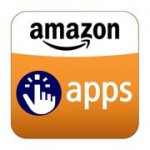 If you own a OnePlus 9 or 9 Pro whose SIM is locked to a carrier, don’t worry because if you like the idea of being able to freely use your smartphone with any carrier or SIM card, then this guide will teach you how to unlock your OnePlus 9’s SIM for free.