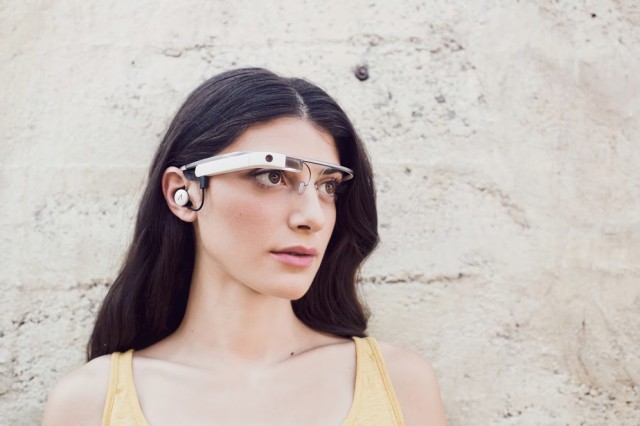 It was on Monday Google officially announced that they would finally be relinquishing control of Google Glass invites, instead giving Glass Explorers control of who they felt should join the early beta program. The best part? Invitees would receive Google’s newly revised (read: nerdier) Glass 2.0 (pictured above).

It was a pretty big move, and marked the first time that just about anyone could finally have a shot at owning Glass. Providing they paid the $1,500 entry fee, of course. As one of the rarest pieces of tech, any self respecting nerd would love the opportunity to join Google’s exclusive club.

Google limited the number of invites Explorers could hand out to 3, with a deadline of about 14 days from being notified to hand out said invites. With the clock ticking, inevitable postings on eBay from would-be opportunists looking to cash in on their unique position began flooding the site. We showed you a few of those listings, showcasing a few buy-it-nows hitting upwards of $2,000. 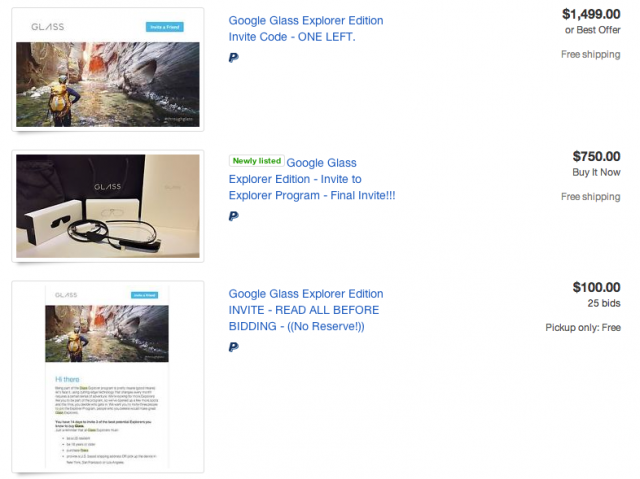 To follow up with that story, we decided to check back and see exactly how well these Google Glass invites have been selling. Remember, asking a price for something and actually receiving it are 2 separate things. As taken from 15 completed auctions, we found the average Google Glass invite would cost you around $536. This is the premium you might expect to pay on top of the already exorbitant $1,500 price tag. The future… it’s expensive.

Looking through some of the data, the cheapest someone let a Glass invite go for was $150, while the most expensive was a whopping $1,000. Yeah, someone out there with deep pockets really wanted some Glass.

The clock is ticking

Don’t forget that these are auctions that have only just completed and we expect to find more popping up in the coming days. Again, with only 12 days from today left to go, there’s still a little time for enterprising Glass invidiuals to make a little money back on their investment.

Not looking to pay extra for your chance at owning some Google Glass of your own? Don’t forget Phandroid has 9 invites to give away — and no, we wont be putting them up for auction. While we’re still deciding exactly how we’re going to give these out, but you can help us think up some fun activities (we love activities) by hitting us up on our Google+ profiles: