You can now officially purchase the Samsung HomeSync 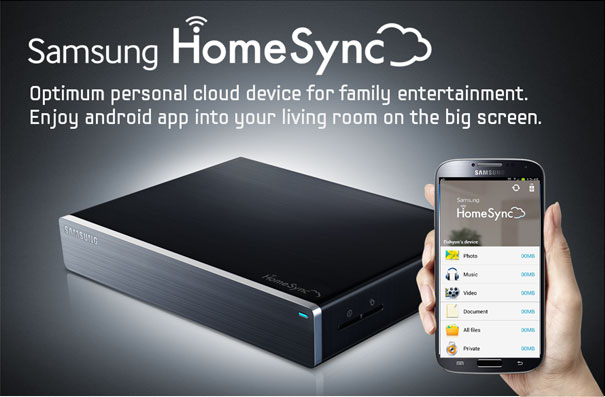 They took their time (7+ months of it) but finally, Samsung’s $300 HomeSync Android-based media box is available for sale. The device, which Samsung describes as “the center of a household’s connected life” is compatible with any TV that has an HDMI port.

The HomeSync allows you to browse the web, watch YouTube as well as download apps from Google Play. Though they say any app can be compatible with the HomeSync with a single line of code, they haven’t gone on record to mention which ones would be at launch.

One key feature that they are touting is the free 1TB of cloud storage provided that can be shared by up to 8 users, with the idea being that members of a family can sync their media to the common storage to share with the family. In theory, that sounds great, particularly considering the cost of a terabyte of cloud storage (Google charges $50/month). You also get a $50 credit for Samsung’s Media Hub.

Unfortunately, the HomeSync lacks in far too many respects to justify us recommending it. First and foremost, the lack of key apps like Netflix, Hulu or any other key media streaming app. The Google Chromecast (which is back in stock on Amazon) has its limitations in that respect, but at just over 1/10th the cost it provides more content out of the box. Also, and this is starting to look like an unfortunate practice by Samsung, the HomeSync can be controlled only by a few Galaxy devices.

Samsung has also built a custom interface on top of Android 4.2 instead of using Google TV, but you can’t really blame them for that due to the lack of love Google is showing to its own platform.

At the end of the day, it all boils down to ecosystems. If you do want to purchase one, you can do so online at Amazon or visit Best Buy.