Soccer season is here: the must have apps to enjoy the beautiful game

I can’t even begin to describe how much I love soccer. I have spent nearly every weekend evening for the past decade, if not more, in front of the TV watching the English Premier League matches. In fact, the summer is my least favorite time of the year, and I am so excited for the matches to begin.

Understandably, there are far too many games to keep track of yourself. What do I use? Read on. 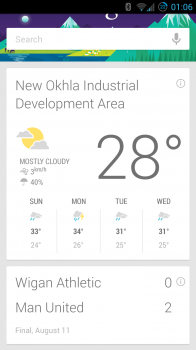 Kind of obvious, but I like it for a couple of reasons. One: the widget. I often forget when my favorite team (Manchester United, for those who care) are playing. Google Now starts showing the match card one day in advance, with my local time for the game visible. While it also shares score updates, they aren’t good enough for fans.

One really important, and probably overlooked, feature is the combination of the News Update and Research Topics card. Whenever any big news comes through, it’s right there for me to see. That’s also where I learnt of Sir Alex Ferguson’s retirement, having earlier searched about him when the rumors started circulating.

The oldest and most well known of the live score apps available, ScoreMobile really needs some attention from its developers. I still like their homescreen widget, though, and is probably worth the download just for that.

Some claim that the app provides the fastest notifications. Despite a few head-to-head tests with Live Score Addicts (more about it below), I’m yet to see a noticeable difference, and the UI is pretty bad, too. What FotMob has going for it is their widget: it’s clean, and allows you to keep track of a large number of games. Die-hard fans are going to want this, particularly once the crazy Christmas phase kicks off. 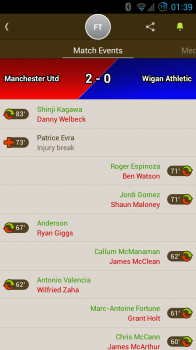 This is one of my “must-have apps”. The notifications are extremely quick, and can be personalized to your needs quite well. For example, while I like to keep track of all notifications for Manchester United, I also track goals and final scores from games involving rival clubs like Arsenal, Chelsea, Liverpool and Manchester City. The additional details, such as line-ups, formations, match events and, my personal favorite, live statistics, means I often use the app even when I’m watching the matches.

If I’m right, the Live Score team went without any revenue source the entirety of last season. This year, they’ve added live betting odds from Bet365.com, which makes a lot of sense for them and also adds to the experience of a large chunk of the soccer audience.

Are there any apps that you highly recommend? Let us know in the comments!