Apps worth rooting for: GMD GestureControl 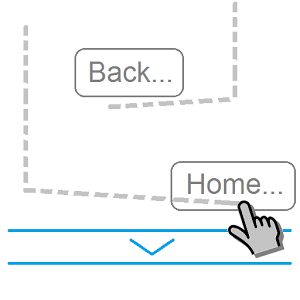 I hate bringing it up again on Phandroid, but as some of you might know, my preferred desktop OS is the Mac. I’ve been using OS X Lion for the past two years, and despite spending a significant amount of time with Ubuntu, Windows 7 and 8 during that time, I could never switch.

The reason? I’m in love with their multitouch. I have become so accustomed to it, particularly when used in conjunction with their multiple desktops and an app call
ed BetterTouchTool, which allows you to set custom multitouch gestures. The set up is a multitasker’s dream, and I am so glad to find an Android-equivalent of it.

The app is called GMD GestureControl, and it essentially brings the entire functionality of BetterTouchTool to you Android device. Some examples are four-finger swipe right to go to jump to the previous app in your multitask stack, and a four-finger swipe left to go to the next. Double click with four fingers gives you an equivalent of an Alt + Tab and three finger swipe up brings up a launch bar. If you pay up for the paid version, you unlock the ability to create custom gesture-action combos.

While it isn’t quite as powerful as on a PC, it can still be useful for quite a few people, particularly those who use their phones or tablets for work. For example, if you use a few apps quite often, you can set up either custom actions to launch each one, or use the four-finger gesture I described above to switch through quickly.

Since it’s free, I certainly recommend downloading the app to give it a shot. The only drawback is it requires root access. You can get it over here. Do let us know your thoughts about it, or any other app that has substantially boosted your productivity.