Google Glass: day in the life with Rob Jackson

Last week I spent a few days getting Google Glass in NYC with Steve Albright. Over the weekend, I started wearing them myself en route to publishing our full review. I’ve been wearing Google Glass 24/7 since I got them, documenting the first 48 hours of my experience along the way. 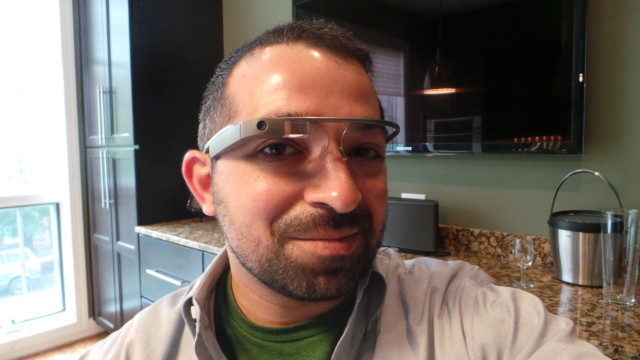 My first activity of the weekend was mountain biking with my brother on Saturday afternoon. A quick tap of the touchpad and an “Okay, Glass get directions to 5120 South Street, Baltimore” later and we were on our way. I could have done a simple Google search for “Patapsco State Park,” but it has so many entrances that we needed to specify the exact address of the entrance we wanted. 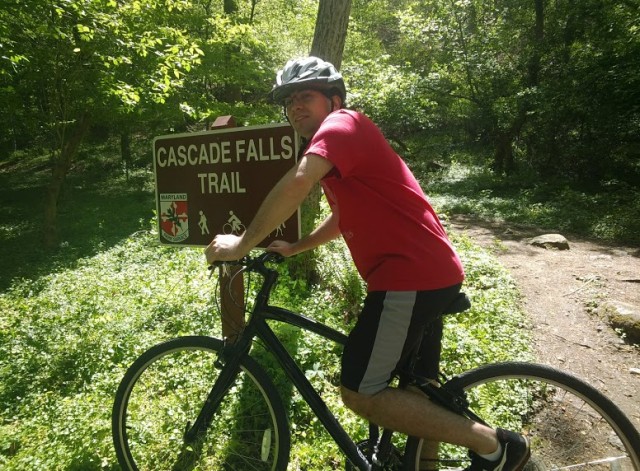 That’s my brother, Mark. As we sat on our bikes ready to embark, I told him to pose for a quick picture. And quick it was: “Okay, Glass take a picture.” Snap. Done. Beautiful picture. I wouldn’t have normally taken that picture but considering how effortless it was with Glass, I figured why not.

It wasn’t long before the trail split, we ended up at a creepy boarded up house, took a quick look around, and decided to backtrack. A huge fallen tree blocked the trail and my brother decided to jump it (or try to) off a makeshift ramp that somebody had put in place.

Sorry, Mark, but that was probably the most exciting and entertaining moment of my weekend! We got a couple great videos of fast downhill stretches and had a little rock skipping competition afterwards, but I’ll stick to posting the highlights. 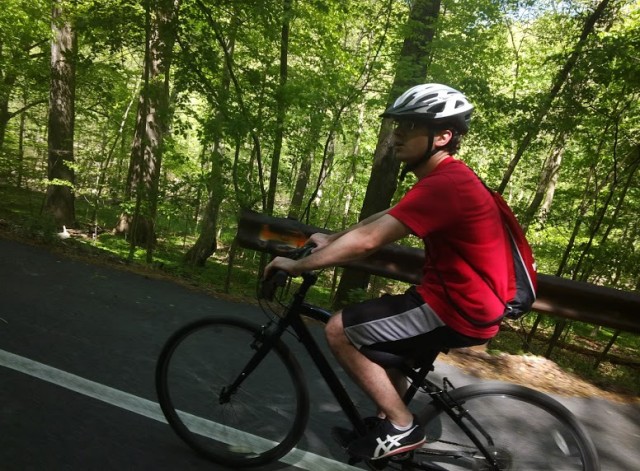 Above is a picture taken with Google Glass while actually riding my bike next to my brother. You can see the wheels are blurred and the angle gives it an artistic look. Pretty great quality for the beta of a 5 megapixel head mounted camera while traveling 30 miles per hour!

On the way home we decided to take a pit stop at the basketball courts for a little one-on-one challenge. First to 11, loser pays for lunch. I was hungry, so I turned on Kobe mode.

At about 1:50 in you can hear me saying, “Love them, they’re great,” which is in response to a guy in the background asking how I like Google Glass. Having answered the question a million times and in the middle of a grudge match, I kept the conversation brief and continued to play.

After about 9-minutes of recording, the Google Glass battery died. Keep in mind this was after already using it in the morning, navigating to several places, and recording about an hour of mountain biking footage in addition to the basketball video and lots of  photos. I decided to keep wearing Glass instead of taking it off and setting it aside… bad idea.

At one point after this we both went up for a rebound, the ball skimmed off Mark’s fingers, and hit me square in the face. The plastic prism of Google Glass dug into the skin just above my eyelid, they came flying off my face, and crashed to the concrete below.  OH NO! I panicked, hoping I didn’t break them.

Upon further inspection? Not a scratch. These things are incredibly durable. That doesn’t excuse being careless with them, needless to say that will probably be my last time playing basketball with Google Glass.

My brother’s friend, Scott, is in a band called Harmonic Blue who was playing at Rams Head Live in Baltimore. After collecting my free lunch, we washed up and headed into the city. We parked at my house in Fells Point and used the walking directions on Google Glass to lead the way. 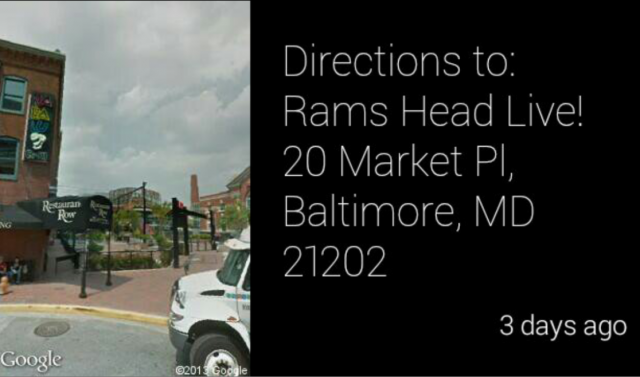 They performed almost as expected, with one noticeable irritation. When driving, Glass turns the display off unless you’re approaching a turn. With walking directions, it seems like these notification thresholds are set at the same levels (as driving), causing the display to stay active for much longer durations of time, wasting battery.

But we got there, and the show was great. Here’s a short clip from one of their songs.

We filmed video at another concert with Google Glass (Atlas Genius) that turned out much better. For this video, I wanted to focus less on recording good video and more on just listening to and enjoying the music, checking the results afterward. Pretty jumpy and shaky, but that’s because I’m bobbing my head and gettin’ down a little bit.

At one point, a bit later in the night, one of Scott’s friends challenged me to see if Glass actually did what I claimed, “Can you tell me what the Blueberry capital of the world is?”

Sure. One second: “Okay, Glass what is the blueberry Capital of the World?” 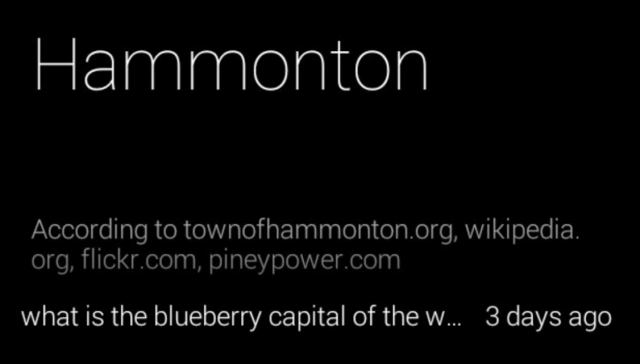 Bingo. That also happened to be his hometown. Short questions like these are the best for Glass because the answer can be succinctly displayed in the limited Glass window.

That came from a guy who already knew about Google Glass. There were also a bunch interested girls who hadn’t seen Glass before, except for one who spotted it on the Today Show. Most of them were fascinated, but one or two didn’t seem convinced, especially concerned by the fashion dilemma, “Do people judge you when you wear them?” 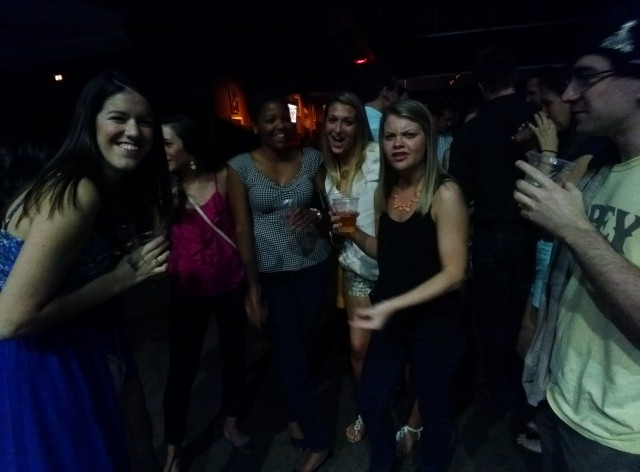 To her credit, it’s a valid question, and one whose answer will largely determine Glass’ success or failure.

Before leaving the show, I snapped a quick picture of Scott with his parents, brother, and girlfriend. Because Glass doesn’t have a flash, the picture came out rather horribly. With a flash, I imagine this would be just as good as my other pictures. Will Glass have a camera flash when it comes out? For the sake of the picture takers, I hope so (and think so), but it could become outrageously annoying for everyone else. 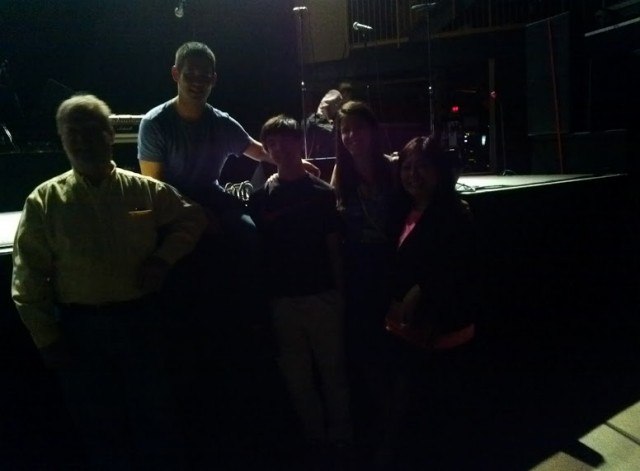 After the concert, we headed to The Horse You Came In On Saloon in Fells Point, where I coincidentally saw some old high school friends (Cheers John, Suzanne, Jackie, Amy!), one of whom had just gotten married (Congrats, Laura)! We rounded out the night at Dogwatch Tavern, got t pizza at Hot Tomatoes, and then called it a night.

The next day was largely composed of sleeping (aka recovering) and running errands before heading to my parents’ house later in the day for my dad’s 59th birthday party (Happy Birthday, Dad!). 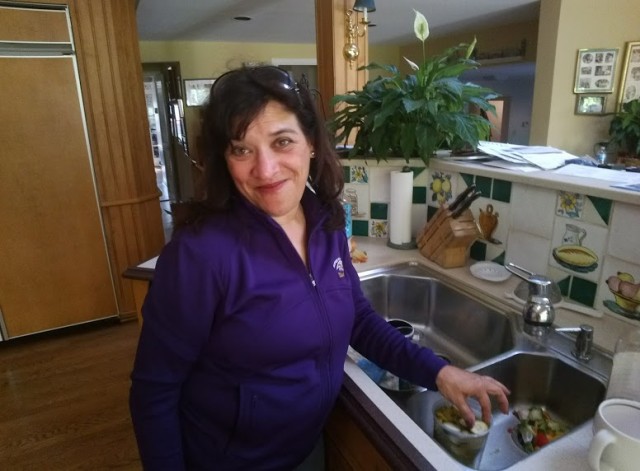 As usual, the first thing I saw when I walked in the house was my beautiful mother, who greeted me with a, “Hahaha you look like a huge dork!” Love you too, mom! For whatever its worth, we’ve never quite seen eye to eye on what’s considered “cool” or “proper” attire (God loves jeans, too, even in church). 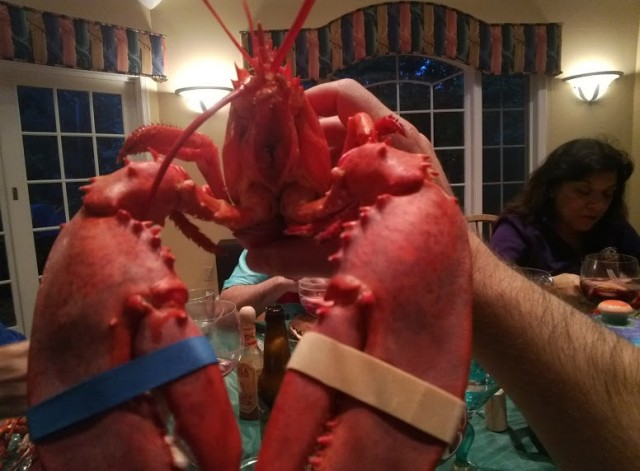 After a delicious lobster dinner, he opened presents, and we brought over the birthday cake. Turn off your televisions, radios, and other electronic devices so you fully appreciate the majestic voice as yours truly sings Happy Birthday to you:

For an old guy, he nailed the blowing out of candles. I guess that’s where I get my American Idol caliber pipes.

We finished up with the most amazing cake I’ve ever eaten. It’s called a Smith Island Cake and it’s actually Maryland’s State Cake. This one came directly from Smith Island itself, where the Cake originated. 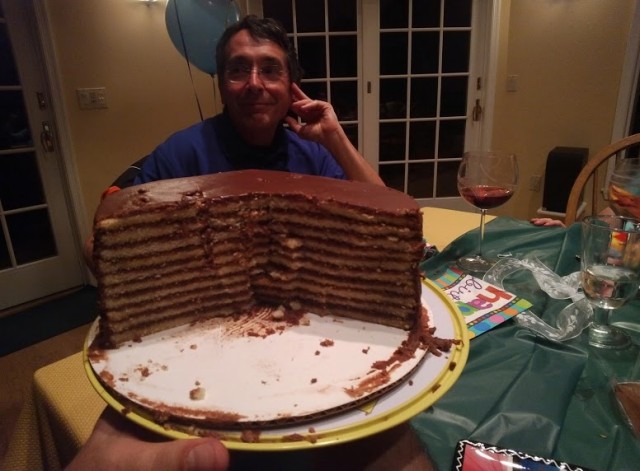 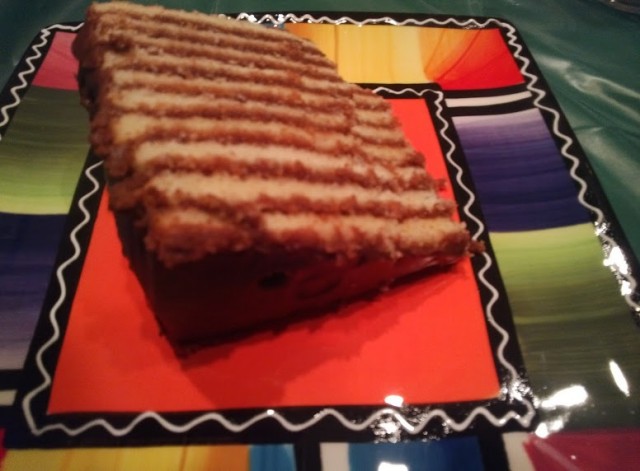 After eating way too much cake it was time to call it a weekend and what a fun Glass-filled weekend it was. The icing on the cake is having the opportunity to put together our full Google Glass review, which you’ll find published on Phandroid.com soon!