DIY: How to easily replace the battery cover on your Nexus 4 [VIDEO]

It wasn’t too long ago my shiny new Nexus 4 and like so many others, the pure Google device took a spill, shattering the back glass into a million pieces. Needless to say, I wasn’t too happy about it and you guys may remember my rant post vocalizing my extreme displeasure with the Nexus 4’s build materials.

After pouting for a good couple of days, I finally ordered a replacement back (aesthetics aside, the camera housing was also shattered, rendering it useless). I found what seemed to be an affordable replacement on eBay for $48. The reason it was so cheap is because it was devoid of NFC or wireless charging — 2 features I never used on my sexy Nexy to being with so, they wouldn’t be missed. For those that do live by ’em, you can find used Nexus 4 back covers on eBay for around 40 that come with wireless charging and NFC. 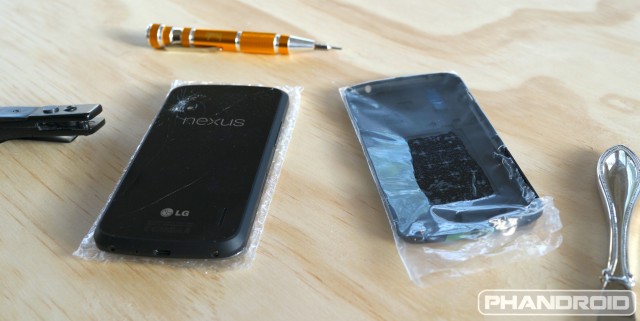 I’ve always been a firm believer that sometimes we go through things in our life so that we can help others going through similar. That being said, I decided to record the process of replacing the back battery cover of my Nexus 4 for posterity’s sake, and so that everyone can see how quick and easily it is to replace. While not exactly “cheap,” at the very least I can resume taking bathroom selfies and uploading pics of my lunch to my social networks (cuz if you didn’t share your meal online, did you ever really eat it?).

The steps to replace the Nexus 4 battery cover are so simple, even a caveman could do it. Before you start, you’re going to want to wear some protective eye-wear. I found that the cracked glass on the back of my Nexus could pop off at a moment’s notice, sending little glass shards into the eye. That’s enough to ruin anyone’s day. Other than a simple T5 torx screwdriver, no other tools are required to remove the back cover although, a butter knife, pocket knife, guitar pick, or credit card could make things a little easier. If you haven’t cut your fingernails in a couple of days, you should be good. Now that we’ve covered prep work, let’s go through the steps: 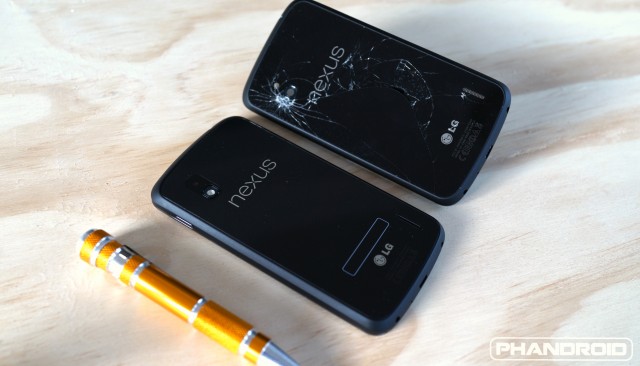 That, folks, is all she wrote. You can find a T5 torx screwdriver just about anywhere, but if you’re already buying a replacement battery cover online, might as well save the trip to the hardware store. Heck, if you really wanted to save some money, you could remove the broken battery cover and snap a nice slim case on the phone and onlookers would be none the wiser. 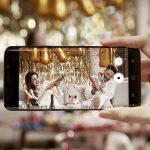