We’re all wondering what HTC is looking to bring to Barcelona in order to help turn recent financial woes around in 2013. The OEM’s latest flagship — what we know to be the HTC M7 — is said to be the first flagship device for the new year, but until now we haven’t had much of an idea of what to expect from it other than the obvious belief that it’ll be a high-end smartphone with an updated version of HTC Sense. Well, it looks like we could have ourselves the first early and clear look at the device from a couple of different angles. 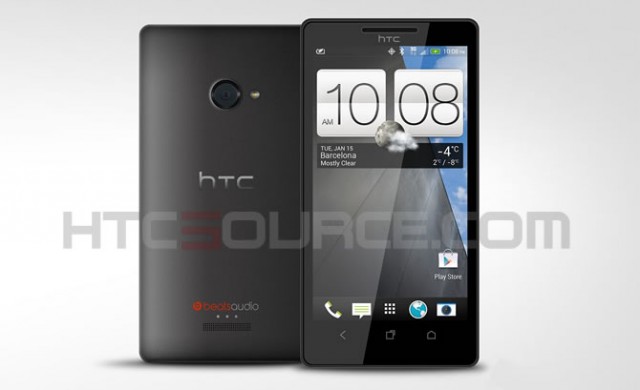 On one hand is a render, the one you see just above, procured by HTCSource. Skepticism regarding its legitimacy whisked across our plate at first, but it’s worth talking about anyway. This render suggests the phone borrows a lot of design elements from HTC’s Windows Phone 8 flagship, the HTC 8X. They look so similar, in fact, that some have suggested that the Sense-based home-screen and standard set of Android buttons for Home, Back and Recent Apps were photoshopped onto an 8X.

The folks at Android Police threw a small wrench into the fold, however, as it also seems to have procured some solid evidence of its own. This leak actually produced in-the-wild shots of the M7, and a few things seem to match up. For starters, the new configuration of buttons — where the Home button now flanks the right side of Back and Recent Apps — is the same. The backplate design is also very similar in look and feel, though it seems the Beats logo is a bit different and the camera flash moves to the left side. 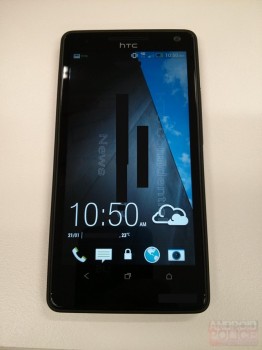 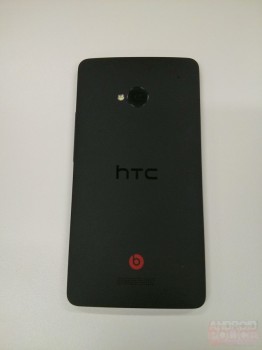 We suspect the discrepancy could be due to the fact that either the render is an earlier design or the phone shown above is an early prototype. The possibility of HTC coming to Mobile World Congress with more than one variant also exists, though we doubt the changes made between different variants would be this subtle. The truth of the matter is that we won’t really know for sure until HTC announces the phone itself, so we’ll have to wait until Mobile World Congress for that road show.

The other side of the equation involves HTC Sense, and it looks to match up with what we’ve seen from previous leaks. Something new we haven’t seen is the clock/weather widget and a few starter widgets designed to help people get started with their phones. The new clock widget employs a much more clean and modern design than the popular style HTC has used since Sense on Windows Mobile.

Other than that, we can see that the default dock icons are identical between both of today’s leaks and leaks in the past, so there’s little doubt that this is what to expect from HTC’s latest software. We could bicker about what’s real or not all day, but I’d have a hard time imagining the M7’s design would be a far cry from what we’re seeing here. It’s a safe bet, but we’re not in Vegas — we’ll look to late February to get the official word straight from HTC. 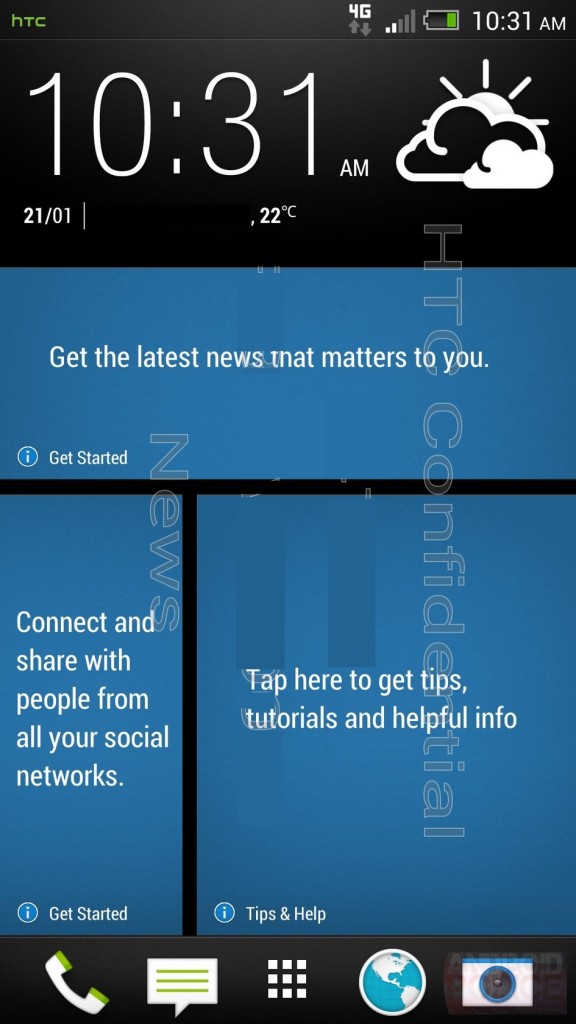 PS: there’s also the little guy below that we were slipped, but we have a feeling this particular image isn’t what we’re expecting to see at Mobile World Congress. 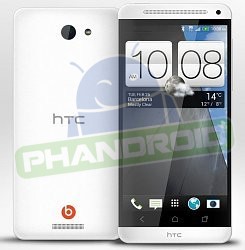 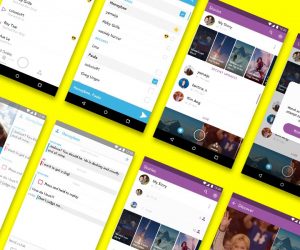 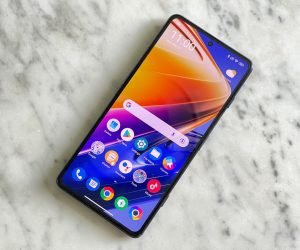