When Ubuntu Phones were announced just a few short days ago it caused quite the stir. There is no arguing that Ubuntu has a cult-like following and is beloved for many of the same “down to earth” reasons that early adopters flocked to Android. I’m always excited about competition and innovation, but I can’t help but think the Ubuntu Phone is too little too late.

iOS and Android dominate the mobile market. Microsoft has long had their foot in the door and are trying to pry it open. Blackberry is about 5.5 feet under and WebOS went the extra .5 with a David Blaine disappearing trick performed using accidental HP magic. WebOS was the best shot at a 3rd big competitor but that hope seems long gone. So what does Ubuntu Phone have that the other fading memories don’t?

I love the idea of swipe gestures, something I feel was originally done best by WebOS. Android has since integrated some of Palm’s best gesture design elements (think flicking cards/notifications off screen). The swiping from the 4 edges are unique and enjoyable, but this is something Windows 8 devices already implement.

The second half of this demo, where we dive into some apps, is especially troubling. Currently, Android enthusiasts like to note “buttery smooth” experiences and compare swiping of screens, noting fractions of a fraction of a second delay as signs of processor this or bloatware that. But jump into the below video about 45-seconds and the diagnosis is obvious:

That we do and I’d argue a severe case. Android admittedly suffered from its own lag problems in its first couple years of existence, but among the top manufacturers, even the low-end phones offer mostly smooth experiences. I understand that this is an early beta, and you should too, but we’ve seen how difficult the mobile pathway can be.

Even Palm, who offered what some would say was a brilliant experience with WebOS, was unable to move the needle. So why would Ubuntu be any different? Why would manufacturers and carriers choose Ubuntu Phones over or in addition to Android? Why would developers create apps for Ubuntu? And why would consumers want it?

At the moment, Ubuntu has an uphill battle. I’m not counting them down and out yet, but some significant developments would need to occur before a product launch is realistic. And just because a product launches doesn’t mean that product, or more importantly platform, will be successful.

I hope Ubuntu makes some great strides. They’ve got some good ideas and conceptually the design and functionality of Ubuntu Phone seems great. Implementation will improve as bugs and kinks get worked out over the next 12 months, but even so, new and different bugs will also emerge.

I hope I’m wrong… but I’ve got an aching feeling that Ubuntu phone isn’t going to see the light of day on the broader consumer scale. 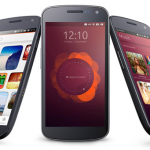 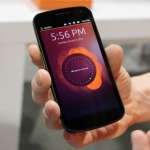