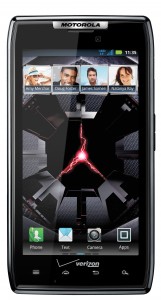 While Verizon and Motorola blessed the latest members of its DROID RAZR family — those with the HD variants — with Android 4.1 Jelly Bean, those who were along for the ride with the original crop of devices were still waiting. The DROID RAZR and RAZR MAXX weren’t far behind, though, and the time has finally come for those guys to get their chewy, jelly-filled goodness.

Rollouts started in the latter part of Christmas day so think of it as a gift, of sorts. Well, with how long it took to deliver we’re not sure many of you will see it that way. Regardless, most folks are still without Jelly Bean on even newer handsets so we’d say there’s a lot to be thankful for here.

Google Now, expandable notifications, Project Butter and more will come as standard features of Jelly Bean, but you might notice a slightly tweaked user experience on top of that. Motorola has made great strides in making its user interface lightweight, useful and easy on the eyes so it’s something you’ll want to check out as soon as possible.

The upgrade is going out over-the-air so you’ll want to hit the settings menu to see if your new treats are ready to be consumed. We’re hearing the updates are rather large, though, so make sure you’re on WiFi and have an adequately charged battery before allowing your phone to drink from the fountain of smartphone youth.

[Update]: it looks like the update has been pulled. We’re not sure if someone got a bit too happy on the eggnog at the Verizon Christmas party or if a last minute rollout bug forced their hand, but for now the upgrade has been taken offline. We’re on the lookout for word regarding its return.