[Update]: It looks like the game has been pulled from the Google Play Store, likely due to some technical difficulties. Be sure to keep an eye on the post at this link for the latest as we get word from Gameloft regarding this issue.

After launching last Thursday on iOS, Android users everywhere can finally get in on some fresh FPS action with Modern Combat 4: Zero Hour. As the name suggests, MC4 is the fourth installment in Gameloft’s Modern Combat franchise, a game closely resembling console favorites like Call of Duty: Modern Warfare. This is what Gameloft does and sometimes, they do it well. 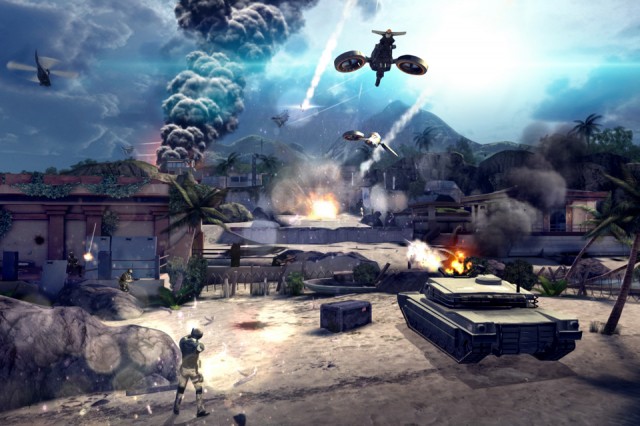 The name of the game is simple: shoot to kill. Only difference is this time around, Gameloft is allowing players to step in the shoes of the opposing forces, giving them the chance to experience both sides of the “cops vs robbers” story-driven gameplay. Gameloft has also raised the ante in terms of visuals, introducing all new special effects courtesy of the new Havoc Engine. Enemies can blown across battlefields with dynamic rag-doll physics, with objects that react to bullet fire, and vehicles that respond more realistically across terrain.

The best part for many will, no doubt, be the inclusion of a fully redesigned multiplayer mode. With online profiles, custom weapon configurations, and online leader boards — there’s a lot here to keep you playing long after the campaign has been completed.

For all the vocal freemium-haters out there, it’s time to put your money where your mouth is. Modern Combat 4: Zero Hour is available right now in the Google Play Store for $7 straight up.