Yesterday, the all new Swype Beta v1.3 finally went live for members on Swype’s official site. It hasn’t been too long since I last used Swype (I’ve since switched over to SwiftKey for all my input needs), but I decided to give it another download just to see what all the hype was about… and I’m glad I did.

As mentioned in their press release, this is a big release for Swype. Competition in the world of soft keyboards is growing and despite not being found in the Google Play Store (seriously, I think it’s time to rethink this strategy) Swype has continued to evolve, even stealing a few tricks from competitor SwiftKey’s playbook. Because of the lengthy setup process and because I wanted to make sure everyone out there can give the new Swype a swing, I’ve decided to include a complete walkthrough video (above) going over the entire setup process. I also wanted to highlight some of the key features new to this latest version, which can be found in my video above, and my review below.

The Swype team is now keeping an ear to the internet, listening to popular “buzzwords” from the deepest parts of the world wide web. I’d say for the most part, it works quite well. Typing “Gangn” in Swype will auto complete the word to suggest “Gangnam,” in reference to everyone’s favorite Korean pop song hitting the airwaves lately. Another example would be typing out “Britney” which Swype will then predict the next probable word as “Spears.” Can’t say the prediction is as spot on as SwiftKey’s, but in my use it did a great job with autocorrect fixing up even my most garbled entries. Oh, and don’t forget — you can always swipe. Because the makers of Swype are Nuance — makers of the popular Dragon voice dictation software for your computer — voice transcribing was damn near flawless. Yes, I’ve used Google’s voice-to-text many times but I almost always have multiple incorrect words in every sentence and correcting them becomes very tedious. It’s even more frustrating when driving and need to keep both eyes on the road.

It may sound superficial, but one of the things that’s always bugged me about Swype is how the keyboard didn’t really match the overall “look” of any phone UI I happened to be using at the time. Definitely not Holo, Swype’s trademark navy blue keys were always an eyesore for me. In version 1.3, users can choose between a few pre-installed themes featuring various colored keys and accents, and although there’s no way for users or themers to create their own, we’re hoping that once/if Swype ever makes it into the Play Store, there will be more user created options.

Cloud backup and sync is an awesome new feature for Swype. As an Android user, you most likely have a few Android devices in your possession. With cloud sync, now all your slang words will be saved and synced between devices. What’s more is if you are constantly upgrading Android devices every few months (guilty!), you no longer have to worry about Swype relearning words like “dawg” or “sup.” Pretty much a godsend for anyone building up a huge repository of slang words. Speaking of user dictionaries, Swype can also learn your hip speak from tweets, posts on Facebook, or emails sent in Gmail. Getting up and running with a personalized dictionary has never been easier (well, not since SwiftKey).

Overall, I’d say Swype was right on the money with this release. As I mentioned in my video, competition is thriving on Android and it doesn’t matter if it’s launchers, widgets, virtual keyboards or what have you; in the end it’s always us — the consumer — that wins. The best part about Swype is that it’s free, giving it a clear advantage over SwiftKey by shear accessibility, although it’s nowhere near as convenient as simply downloading from the Play Store ala SwiftKey. For those that haven’t given Swype a-go in quite some time, now would be a great time to revisit what is now arguably the best keyboard on the market. You can signup for Swype Beta and download for free by using the link provided below. Don’t forget to let me know how you guys are feelin’ it.

UPDATE: Swype’s updated their Beta 1.3 page with instructions for users having trouble getting the new beta to install on their device:

If you tried to install the new Swype Beta version onto your device using the Swype Beta Installer but saw the message “Cannot Install” or “No Installs Available”, we are aware of this issue and will release a fix on Friday, October 19, 2012.

If you are an existing Swype Beta user with v1.0/1.1 installed, please update Swype Beta to the current version (v1.3) via the OTA notification, or via Swype Settings > Updates. 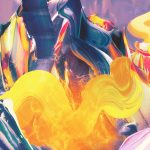 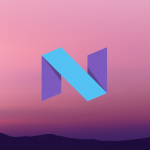 Get Android N emoji on any device 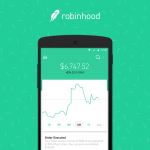 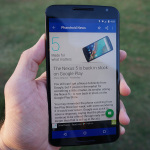