Samsung Galaxy S4 Will Be Unveiled In February At MWC 2013, Launching Globally In March [Rumor] 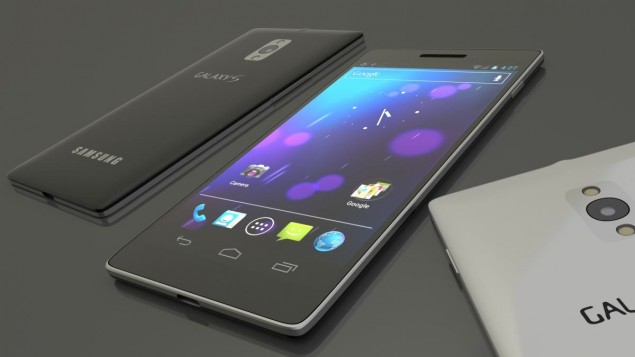 As we approach the end of the year, Android fanboys and girls are anxiously awaiting even the smallest bit of news, leaks or rumors on the next iteration of Google’s Nexus phone. Well, tonight’s juicy rumor leap frogs over this year’s Nexus, and lands all the way onto next year’s Samsung Galaxy S4. Yes, you read that right — FOUR.

The folks at The Korea Times have found themselves with juicy bit of insider news they’re calling an exclusive. Apparently, company officials and local parts suppliers have confirmed that Samsung is gearing up to announce the Galaxy S4 in February at next year’s Mobile World Congress, with a global launch taking place no later than March (GS3 was announced early May and launched a few days shy of June). The Samsung official supplying the intel said the S4 would be more than capable of drawing the limelight away from Apple’s iPhone 5 (which I’m sure was the motivating factor this info was leaked just 3 days after its unveiling).

There’s only one thought running through my head: how they hell are they going to top the S3? The Samsung executive said the S4 would “definitely use” LTE along with Sammy’s in-house quad-core Exynos. I’m assuming that means this time around, there wont be a need to use Qualcomm’s chips for LTE compatibility in some countries like the US, with Samsung’s chips taking its place. The executive went on to say:

More specs for the upcoming S4 include a 5-inch OLED display (a .2-inch increase from the current GS3), which may or may not feature Samsung’s flexible display technology, apparently due to production problems. When it comes to design, a Samsung partner said to expect the same rectangle shape with extremely rounded corners, but this time around, Samsung is currently in talks to offer modified designs to specific US carriers similar to the launch of the Galaxy S2.

Exciting news, right? Of course, take all of this with a grain of salt. As quickly Android moves, it’s nice to keep looking forward but we’re still pretty far off from an S4 launch. My main request? Not an increase in memory but faster memory to go along with an ample 2GB of RAM. Okay, now take a minute to fantasize over the GS4 — now tell me. What’s the one feature you would hope for most in the upcoming Samsung Galaxy S4?