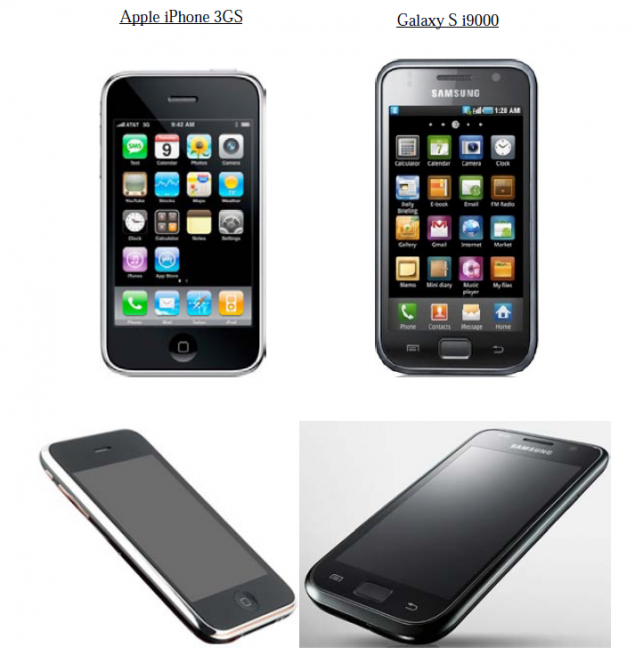 Before I leave you guys for the night, I wanted to bring you one last piece of info from the dramatic Samsung/Apple patent trial. Critics are calling this the “nail in the coffin” for Samsung, after an internal email from a Samsung executive presented damning evidence against Samsung.

According to the memo sent to employees, Samsung’s head of mobile communications JK Shin was quoted as saying the differences in user experience from Samsung devices and Apple’s newly announced iPhone were like, “Heaven and Earth.” Something may have been lost in the translation but let’s take a look at the rest of his statement:

“Influential figures outside the company come across the iPhone, and they point out that ‘Samsung is dozing off.’ All this time we’ve been paying all our attention to Nokia, and concentrated our efforts on things like Folder, Bar, Slide. Yet when our UX is compared to the unexpected competitor Apple’s iPhone, the difference is truly that of Heaven and Earth. It’s a crisis of design.”

“I hear things like this: Let’s make something like the iPhone. When everybody (both consumers and the industry) talk about UX, they weigh it against the iPhone. The iPhone has become the standard. That’s how things are already.”

When it came to devices Samsung was already manufacturing,

Samsung had fought to keep this internal memo out of the trial, but lost after Sammy attorney John Quinn goofed and referenced the email  in a question to a witness. Remember, Apple’s claiming Samsung willfully stole the patented hardware and software designs of the iPhone for use in their Galaxy S. Apple also claimed consumers would mistakenly purchase the Galaxy S, thinking it was the iPhone and estimates accumulated damages upwards of $2.5 billion.

It can be argued that the email wasn’t exactly the smoking gun Apple was hoping for. Sure, Samsung acknowledged the iPhone’s existence and its critical acclaim. But never once did the email say, “We need to copy the iPhone’s look, and icons.” Samsung merely commented on what the iPhone was doing right, and that they needed to do something to imitate Apple’s success — not their patents or copyrights.

Samsung strategy head Justin Denison took the stand and attempted to downplay the language used in the email saying,

“Samsung does an excellent job of remaining very humble, self critical and maintaining a sense of urgency within its own ranks to drive hard work and innovation. We want to change so that it never rests on its laurels and becomes complacent. So you hear a lot of hyperbolic statements like ‘crisis of design’ and ‘heaven and earth.’”

When it came to claiming firsties on designs, Denison pointed out that, contrary to popular belief, Apple hasn’t always been first to market with new technologies (gasp!). According to Mr. Denison, Samsung pioneered voice recognition technology and larger smartphone displays. He argued that after 5 years of Apple’s “innovation” with the iPhone, if for some reason they finally decided to release an iPhone with a 5.3-inch display, you wouldn’t hear a peep from Samsung or their legal team. Only because this would now be considered an “industry standard” (thanks to Samsung) and it would only be a natural evolution of the smartphone. Not something anyone should lay claim to. Seems there’s only 1 company we know who plays ball like that.