A couple of nice news items coming out of the HTC camp over the weekend. First off, the HTC Ruby that we’ve been hearing so much about has gotten its specs leaked. As has been suggested in recent days, it’s supposed to be a dual-core high-end beast for T-Mobile. 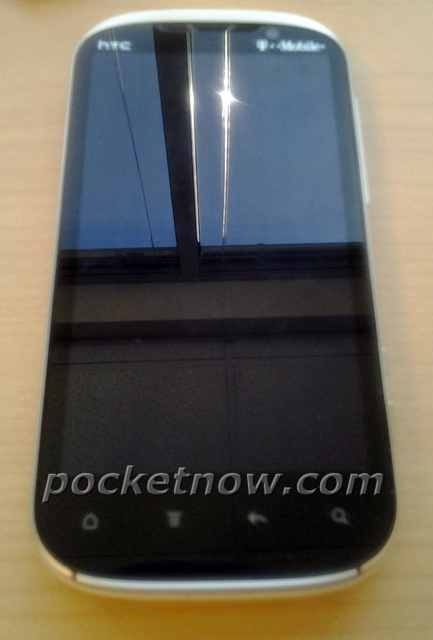 Rmored specs are a 1.5GHz dual-core processor (clocked higher than any of their phones and tablets on the market), a 4.3 inch qHD display, an 8 megapixel rear camera, a 2 megapixel front camera and 1GB of RAM. As usual, expect Android 2.3 with some form of HTC Sense 3.0. If ever there was an HTC phone to get excited about, apparently this is it.

Their possible soon-to-be owner AT&T is also getting a dual-core HTC device for themselves, it would appear, as one broken HTC Holiday test unit has been put up for sale on Craigslist. An interested enthusiast bought the device and put up photos of it for all to be jealous of. Unfortunately, it’s got a cracked screen. 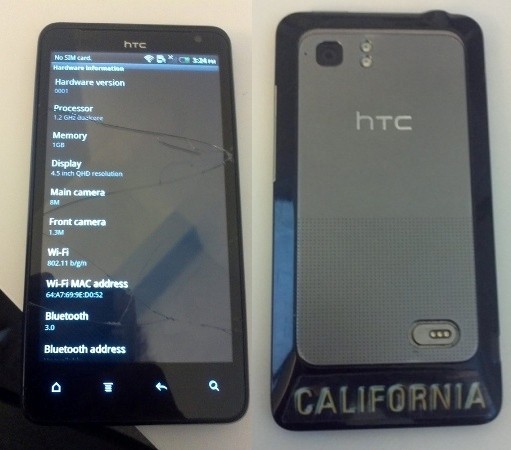 It’s not the aesthetics we’ve come here for, though. The HTC Holiday will reportedly have a 1.2GHz processor, a 4.5inch qHD display (something not usual from HTC), 1GB of RAM, an 8 megapixel rear camera, a 1.3 megapixel front camera and Android 2.3 with HTC Sense 3.0.

Considering the name, well, it’s quite easy to say we should see this one in time for the “Holiday” season. And no, your secret love for California is not being celebrated here – it’s likely only a decal applied by the new or original owner. [SlashGear via AndroidForums.com, Engadget]