Rumor: HTC Thunderbolt Delayed With No ETA; 4G Hotspot Too 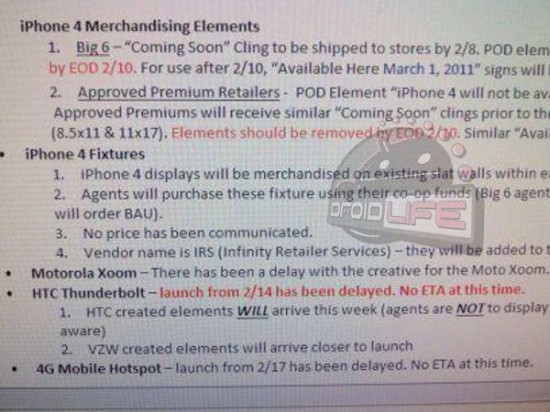 We were hoping the iPhone 4 wouldn’t deter Verizon from their plans to release the HTC Thunderbolt smack dab in the middle of the month, but according to evidence sent to Droid Life, they have delayed the device and have no definite ETA on its new arrival.

We were hopeful February 14th would be a solid date to look forward to as we heard it from several independent insiders and saw evidence from Amazon suggesting as much. Best Buy also began advertising and taking pre-orders for the device this week.

There’s still hope, however, as this same internal memo says “there has been a delay with the creative for the Moto Xoom.” I’m not sure what kind of term that is in Verizon’s language, but in marketing language, a “creative” could be anything from a small store poster to a 3 million dollar Super Bowl ad.

The document also reveals that 4G mobile hotspot was scheduled for the 17th of this month and has also been delayed with no ETA, but that’s to be expected considering the Thunderbolt is the only 4G phone to be available on Verizon this month.

Droid Life speculates that the delay could be due to mobile hotspot not working, but internals from Verizon initially suggested it wouldn’t be available out of the box anyway, so we can’t see why they’d want to delay the phone for functionality that hasn’t been promised right away.

Whatever’s going on, a February 14th launch date for their first LTE phone is looking less and less likely, at this point. All the more reason to spend your lunch money on that nice $800 tablet they’ve got coming up soon.

[Update]: And dummy units are now arriving in stores just as the above document says, ironically carrying a day of “Mon, Feb 14” on that fake HTC clock widget on the homescreen. Confusing? Yes. Torture? It’s the Big Red way. Let’s hope that’s a funny nod to the phone’s actual launch date. 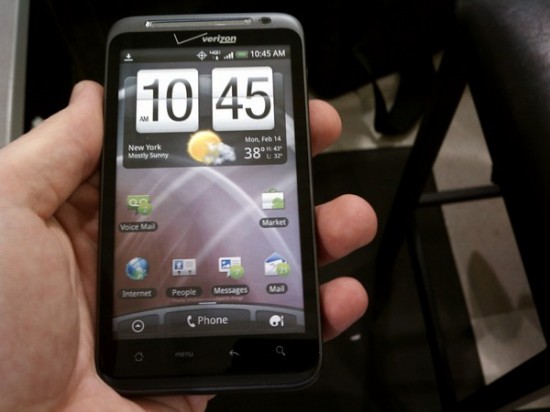