ViewSonic’s finally ready to unveil their first Android-based device – a 7-inch tablet – just two days ahead of its media flaunting at IFA Germany. The device will come preinstalled with Android 2.2, 3G GSM connectivity, and SMS and phone functionality. I wouldn’t hold this one up to my head, but it should pair up nicely with a comfortable bluetooth headset. 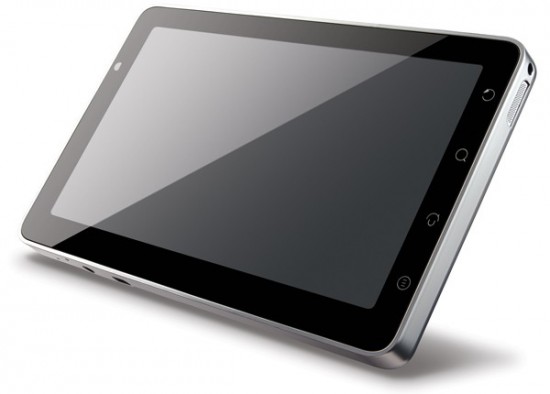 Other specs include a 600MHz ARM CPU, Wi-Fi, USB connectivity, a microSD card slot, and a screen resolution of 800 x 480. It probably won’t be the best experience at this screen size, but that remains to be seen.  At least the front and back-facing cameras – VGA and 3MP, respectively – should pull some in. Then again, Samsung’s Galaxy Tab will be on hand at the very same show. It has a lot of competition to deal with, but we’ll call this one right down the middle! Full press details ahead.

31st August 2010 – ViewSonic Europe ushers in a new product category to its portfolio with the introduction of a premium capacitive multi-touch screen 7″ tablet.

Within a lightweight, pocket-sized design, this device is ideal for anyone who needs a mobile connection to the world via email and video and wants to enjoy a wide-range of applications.

It features an easy to use familiar interface with a G-sensor that reorients the screen depending on how the device is held and access to the Google Android app store featuring over 100,000 applications.

Additional features includes a Micro SD slot for up to 32GB of storage; Wi-Fi and 3G functionality for web browsing and USB connectivity. It also boasts advanced features including Assisted GPS and an office document reader, along with the capability for hand-written note taking. There is also an e-book reader, when combined with the crystal clear LED screen, makes the ViewPad 7 an invaluable travelling companion.

Superior to other tablet offerings with resistive touch technology the ViewPad 7 incorporates a capacitive multi-touch screen and is a portable, easy-to-use and competitively priced device that will transform the way that consumers read, watch, listen to and interact with media in a mobile environment.

“We are proud to announce another world first at Viewsonic. 3G phone functionality combined with dual cameras gives the ability for use of Android apps to use augmented reality or video calling on the move with the benefit of an excellent 7″ screen” says Derek Wright, European Product Marketing Manager. “The ViewPad 7 is aimed at users who require the ‘always on’ connectivity they are used to from a mobile phone with a more agreeable screen size for longer term use.” 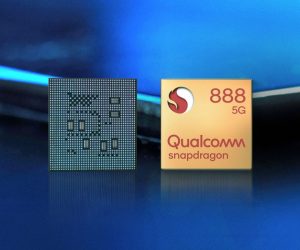 Qualcomm’s annual Snapdragon Tech Summit kicked off today with the official unveiling of the new Snapdragon 888 chipset that will most likely be featured in most Android-powered flagship smartphones in 2021. Qualcomm isn’t quite ready to reveal all of the Snapdragon 888’s secrets, but the biggest change, when compared to the current Snapdragon 865 is the …

If you’re looking to give your computer an upgrade, don’t sleep on this deal for Samsung’s 1TB SSD and save yourself $100 in the process!

The Motorola Edge didn’t get much attention this year when it made its debut at $700, but thanks to a new $305 discount for Cyber Monday, the phone definitely deserves a second look! The phone is currently on sale for $395, offering a 44% discount on its original price.The spec sheet of the Motorola Edge is …

With Google Photos taking away the unlimited “high quality” photo and video backup option next year, it might be the perfect time to subscribe to a Google Workspace account (formerly GSuite).The Business Standard plan offers 2TB of storage at $12/month per user, but Google bumps up storage capacity to its unlimited tier if you have …

more_vertThis deal for the Samsung Galaxy S20 5G is to