Dell Streak Gets Its Own Teardown, Too

Consider this the David vs Goliath of teardowns: the Dell Streak is one big phone and iFixIt took to it with confidence. Fortunately, that confidence was quite unnecessary due to the fact that the Dell Streak didn’t put up much of a fight at all when they attempted to take the thing apart. The images are the obvious attention grabbers (as they always are), but what are the images without a few takeaways? 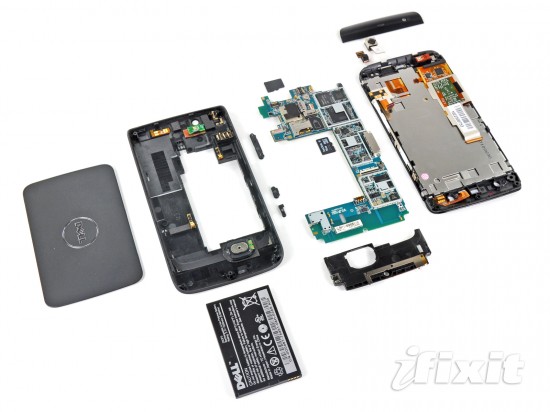 * The LCD is bonded to the front panel glass to increase the strength of the device, as well as the sensitivity of the capacitive touch panel. The front panel’s solid construction should withstand drops from above waist height.

* Sadly, the Streak’s LCD is permanently adhered to the front panel glass. However, that LCD/glass subassembly is held in the front panel with some very strong adhesive, and could be removed with enough careful prying.

* The five T5 Torx screws holding the unit together are found right underneath the bezels on the front of the device. It’s super easy to open it and take it apart.

* The 1530 mAh battery is easily replaceable and is covered with a sheet of steel, rather than plastic, to decrease its overall thickness. We wonder if the Streak can double as body armor, but we find it unlikely.

* The Streak has a second 2 GB microSD card near the top of the motherboard. This card is used to house system and applications files only, and Dell doesn’t want you to remove it.

* The “C”-shaped motherboard comes out easily after disconnecting some cables. Rather than using daughterboards like the Droid 2, the Streak has all components attached to this singular motherboard.

The device appears to hold up to that sturdy reputation it’s gotten since we’ve seen its gorilla glass tested, but that comes with the slight downside of it being quite difficult to pry the LCD screen off of its glass – something that may be of concern to anyone that may be unfortunate enough to drop the phone. Still, with its sturdy build we imagine you won’t be experiencing cracked glass any time soon. 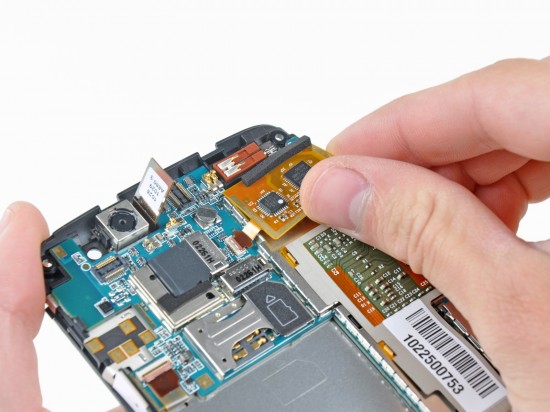 Another interesting bit is that the device is equipped with a second, removable 2GB microSD card, but this is for system and application use only (obvious since it’s tucked away near the top of the motherboard). Head on to iFixIt’s site for the full gallery of images as they step you through how they were able to take  the Dell Streak apart (and should be able to put it back together just as easily).