HTC’s announced that Telstra – Australia’s biggest wireless carrier – will soon offer the HTC Wildfire. Set to arrive in August, the Wildfire is aimed at those who wants a very pocketable phone with everything they need to stay connected to everyone in their lives through HTC Sense. 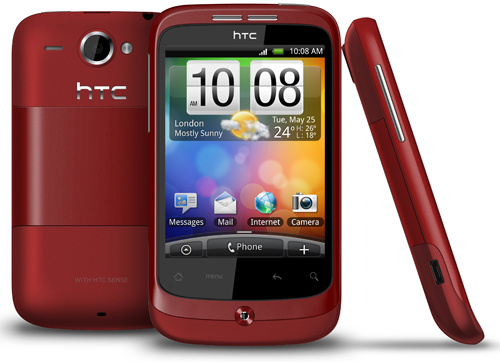 It has a 3-2-inch capacitive touchscreen, a 5-megapixel with autofocus and LED flash, Android 2.1 with the latest version of Sense, an optical trackpad for easier navigation and text editing, plus more. Telstra will reportedly be the exclusive carrier to offer the device. Pricing details should be headed our way sometime closer to launch. Full press details ahead.

Sydney, Australia – July 13, 2010 – HTC Corporation, a global designer of smartphones, today announced that the HTC Wildfire™ will launch exclusively on Telstra’s Next G™ network in August.

HTC’s latest advanced smartphone helps you stay connected with those who are most important to you. Featuring a 3.2-inch capacitive touch screen and HTC’s Friend Stream application, which seamlessly gathers social networking updates from Facebook, Twitter, and Flickr and displays them in a single stream, HTC Wildfire allows customers to bring their friends with then. A 5-megapixel camera with auto focus and LED flash allows you to capture special moments, while a 3.5mm audio jack and micro SD card slot mean you are never without your favourite songs. Additional special features include next-generation Caller ID, the ability to recommend apps straight from your phone and ‘Leap’ view to help you find things faster.

“HTC Wildfire™ closely follows the success of the acclaimed HTC Desire launched with Telstra in April this year,” said Anthony Petts, Sales and Marketing Director ANZ, HTC Corporation. “This new smartphone makes the signature HTC Sense experience accessible to a younger audience, through the integration of the most popular social networks to help bring your friends closer to you. HTC Wildfire™ also offers an additional range of features – from next-generation Caller ID that allows you to view in depth contact details from their Facebook status and birthday when the call comes through, to the ability to recommend applications to friends in one simple tap.”

Availability
The HTC Wildfire™ launches in Australia in August. It will be available exclusively through Telstra. Pricing will be announced closer to launch.

About HTC
Founded in 1997, HTC Corporation (HTC) is a global leader in mobile phone innovation and design. Since its establishment, HTC has developed strong R&D capabilities, pioneered many new designs and product innovations and launched state-of-the-art mobile phones for mobile operators and distributors in Europe, the US, Asia and around the world. HTC is one of the fastest growing companies in the mobile device market. The company is listed on the Taiwan Stock Exchange under ticker 2498. For more information about HTC, please visit www.htc.com.

About Telstra
Telstra is Australia’s leading telecommunications and information services company, with one of the best known brands in the country. Telstra offers a full range of services and competes in all telecommunications markets throughout Australia, providing more than 8.8 million Australian fixed line and 10.3 million mobile services, including more than 7.2 million 3G services.

Spend a few minutes on Twitter (or less), and you’ll likely end up seeing someone talking about one of the new iPhones or the new M1-powered Macs. This always happens at the end of the year, as Apple dominates headlines like no other company can.Even with Samsung and Google releasing new phones on a regular … 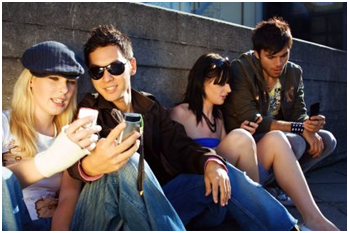 There are a lot of parents out there who look for a phone monitoring solution to keep a tab on their kids. TeenSafe is one of the most popular solutions that the internet will show you in this regard.Therefore, this brings us the question- Is it safe to use TeenSafe? Is TeenSafe a reliable parental …

One of the appeals of arcade games is that they’re quick and easy to get into and let you play games without having to invest too much of your time. Here are some of the best arcade-style games that we found that are also available on both Android and iOS devices.