[Update] A couple of weeks ago, I (Quentyn, here) signed up to be notified regarding the EVO’s pricing and availability. Sprint’s official press release only stated the 2-year contract pricing, but we’ve extracted from that email that the phone will cost $450 off-contract.

This is a lot easier to swallow than the $600 we’d been hearing about. While Sprint didn’t officially announce this price, I wouldn’t understand why it’d be anything different from the starting point they used in the customer information email. If we are able to clear this up, we’ll update you with the information accordingly.

Rob is at the EVO 4G event that just kicked off in New York City, and Dan Hesse took the stage to announce what everyone has been waiting to hear: the HTC EVO 4G will launch on June 4th at a price of $199.99 on a two-year contract from Sprint after a $100 rebate. 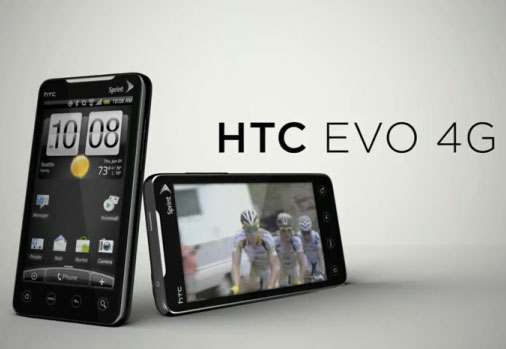 The EVO 4G will still get the same $69.99 per month for unlimited data treatment, and mobile hotspot functionality powering up to 8 devices can be added for an additional $29.99 per month. Simultaneous voice and data is present, with the caveat that it only works when on a 4G or Wi-Fi network. Sprint did mention there would be a “$10 Premium Data add-on” to take advantage of a richer data experience, but we’ve yet to confirm if the add-on is to enable 4G (if you’re in a 4G-ready market) or something entirely different.

[Update]: Bummer. Looks like the $10 Add-on is – in fact – a requirement if you’re looking to use the EVO. John Taylor says that the add-on is mandatory regardless of if you’re on 3G or 4G. Reason being is because the EVO is expected to use a considerable amount more of data compared to Sprint’s other phones. This was confirmed by the email Sprint sent to customers requesting updates to their inbox. [source: John Taylor of Sprint]

More info, pics, and vids will be coming shortly as our coverage of the event continues, but for now check out this official comparison video to see how the EVO 4G stacks up against some of the competition:

And you might also want to take a gander at this lengthy fact sheet in case you haven’t already fed yourself chock full of tasty EVO 4G specs:

1 “Up to 10x faster” based on download speed comparison of 3G’s 600 kbps vs. 4G’s 6 Mbps. Industry published 3G avg. speeds (600 kbps-1.7 Mbps); 4G avg. speeds (3-6 Mbps). Actual speeds may vary. Sprint 4G is currently available in 32 markets and counting, and on select devices. See www.sprint.com/4G for details. Not all services available on 4G and coverage may default to 3G/separate network where 4G unavailable.Note: Device features, specifications, services and applications are subject to change. 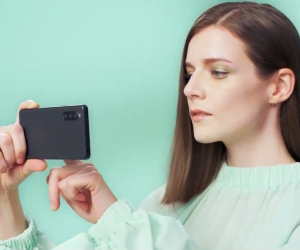