A couple Android phones had the proverbial red carpet rolled out for them in the mindset of CTIA-goers yesterday: the Samsung Galaxy S and the Sprint HTC EVO 4G. We just got done rounding up some videos of the former and now we’re moving onto the latter. Here are some “moving pictures” – as old folks might call them – of the EVO 4G in action for the first time at CTIA 2010, along with a few comments be the videographer. (Or moving picture maker?)

Mobilecrunch says its superlight, superquick, super crisp and had only great things to say.


IntoMobile says,  “It’s like an HTC HD2 with Android”… and we have ALL been waiting for something like that!


HDMI Out On The HTC EVO 4G – amazing quality! [intomobile]


PhoneDog Gets A Limited Look: Apparently at the EVO 4G event they had “stations” to demo specific features of the device, and this particular station wasn’t the most informative, but its an attempt!


For some reason I really like this picture from UnwiredView. Not a video, but I like it! 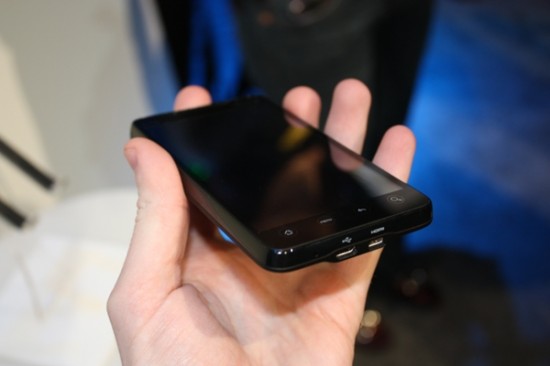 That red ring seems to steal some thunder from the HTC Incredible, does it not?

Seen some other great videos around the web? Share in the comments!