We haven’t heard a peep about the monumental acquisition of Admob by Google that would give the search/mobile giant unprecedented market share in the mobile ad space. Or should we say “hopeful aquisition”? According to Bloomberg the chances that the deal is completed are ominious. 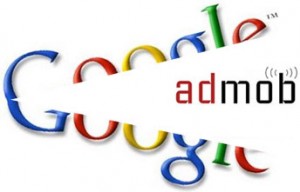 Bloomberg says US Regulators are “seeking sworn declarations from Google competitors and advertisers as part of their probe of the Internet company’s bid to buy AdMob, indicating the government may challenge the deal.”

After purchasing AdMob for $750 million dollars, the Federal Trade Commission is investigating whether Google will have an unfair advantage and decrease competition in the mobile advertising market. There are a couple recent events Google can mention that should easily prove their points and allow them to prevail:

Seems like plenty of competition to me – and that’s on an operating system which GOOGLE created which is probably a key element of the opposition. To be honest, I understand why the government wants to prevent monopolies but seriously – especially in the highly evolving world of technology you should be irreversibly convinced before the FTC takes action. Company’s spend their entire lives trying to go from being the little guy to creating some leverage and opportunities from their success and momentum. Once they get to a certain point they are so successful that you say WAIT – you’re not allowed to continue attempting to be successful?

The crazy thing about the mobile industry in general is that there is SO much room for innovation. A company with incredibly innovative ideas, good implementation and great timing could dethrone Google under the right circumstances. They are the same types of circumstances which helped Google dethrone their competitors. When MySpace reached its peak did anyone think Facebook would come along, swoop up its users and lead the way within a matter of years? Not at all.

Don’t get me wrong, if Google becomes a mobile monopoly then I’m all for creating some buffers to allow for healthy competition. But right now the mobile advertising industry is in its infancy… it is MUCH too early to decide if Google is reducing competition. Not only that, Google is the primary innovator in the mobile space right now – again, during its infancy. Do you really want to suffocate innovation because you think that maybe, at some point in the future, Google will have so much power that the competition doesn’t stand a fighting chance even in the perfect situation?

Let the Google AdMob deal go through and addres this issue when and if it actually becomes a problem. 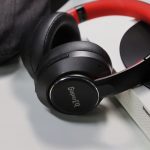