Hey HTC Android Tablet, Let Me Introduce You To The Garbage Can

HTC was working on tablets running both Android and Chrome OS but has just announced they’ll shelve the projects in favor of a continued focus on Android Smartphones. A tablet would be a deviation from HTC’s usual strengths with the obvious goal of growing volume through product differentiation. 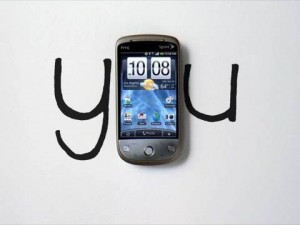 What’s the REAL reason they’ve given up their tablet efforts? I’m guessing that the company just doesn’t see the ROI an Android or Chrome OS tablet can deliver. At this point, the American public has yet to embrace the concept of a tablet, unless you’re talking specifically about the Kindle or other eReaders. Obviously an Android/ChromeOS tablet could act as an eReader and more… but it just isn’t a proven product category at this time.

Apple is about to announce their iSlate/iPad/iTablet/whatever this upcoming week and I think HTC is taking a “wait and see” approach. It will be difficult if not impossible to evaluate the tablet industry as a whole based on the success/failure of the Apple tablet because the Apple tablet won’t fail. People will buy it JUST because it is a new Apple product and the new cool toy for gadget geeks.

I think “garbage can” was a bit severe… HTC is probably just putting it on the shelf with the possibility of reviving it – maybe even for the upcoming holiday season. There are already a handful of Android tablets out there, including the ARCHOS 5 which can be purchased in Best Buy stores – but they have yet to catch on. With Apple announcing their product, it will introduce the form factor to a MUCH wider audience and it may finally get the general acceptance that manufacturers need to see before putting resources towards their own device. 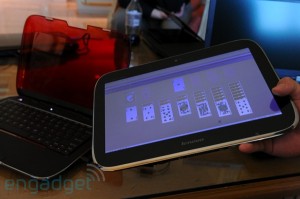 I’m just not convinced that tablets are ready to become popular quiet yet. The ONE form factor that I REALLY love is the detachable tablet pc which we’ve seen as early as 2005. Some recent models are about to hit the market, most notably the Lenovo IdeaPad U1 which looks absolutely BAD ASS.

But then you get into the discussion we all have with smartphones… do you need a hardware keyboard or not? If you do it’ll likely add to the price of the device. If not, will banging out E-Mails and documents take longer than need be?

There are a lot of questions about not only where tablets will fit in for the tech buying public, but also where Android and Chrome OS will fit into the devices themselves. I’m just happy to see that HTC is first and foremost dedicated to maintaining a leadership position with Android as they’ve done an amazing job raising the bar thus far.